Mark Wood insists he's not on a quest to prove a point: 'I just want to play for England' 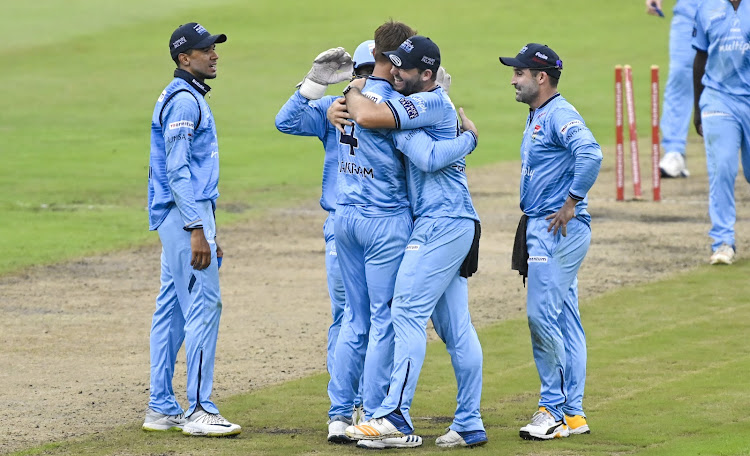 Mark Wood has said that he will come in at first change when England take on the Proteas in the opening ODI at Newlands on Friday.
Image: Gerhard Duraan/BackpagePix

Just when South Africa thought they’d be getting respite from out-and-out pace with Jofra Archer being rested for the three-match ODI series against the Proteas‚ in comes Mark Wood to replace him.

Wood terrorised them with both bat and ball in the third and the fourth Tests which England won comfortably.

His express pace means he needs to be looked after carefully‚ to a point where it could be suggested he’s being unfairly left out.

Does it leave Wood needing to prove a point? Not according to him.

“I don’t think I need to be making a point to the coach or the captain.

"It’s more the fact that I have been training well and keep myself ready in case I was needed.

"There’s an opportunity that I can potentially play‚ so it’s not about trying too hard or to prove a point. It’s about sticking to what I have done well‚” Wood said.

“I just want to play for England. That’s what it is and that’s what I grew up wanting to do.

"I’m very lucky to have played the matches I’ve had. I don’t want to take that for granted‚ so I want to play as many games as I can for England while I have the chance.”

England’s bowling variety means Archer won’t be missed much by the team‚ but will be missed by Wood. However‚ Wood also understands why Archer needs to be given a break.

"We’ve got that combination where we both bowl quickly‚ but are also different types of bowlers.

"I’ll be playing a new role now where I’ll be first change‚ but I do like playing alongside Jofra and I hope I help him‚” Wood said.

“I was told by Chris Silverwood that we’re going to be rested and rotated and I understand that Jofra has been here‚ there and everywhere. He needs a little break.”

Wood would have been an interested and happy spectator when he watched Dawid Malan batter an unbeaten 99 off 47 balls in England’s comprehensive nine-wicket win against South Africa in Tuesday’s third T20.

Malan won’t be part of the 50-over proceedings that start at Newlands on Friday‚ but the jovial Wood already has a nickname for him.

“There was a stat read out on Tuesday night about Chris Gayle having 10 fifties in 20 odd games and Malan has done it in 19.