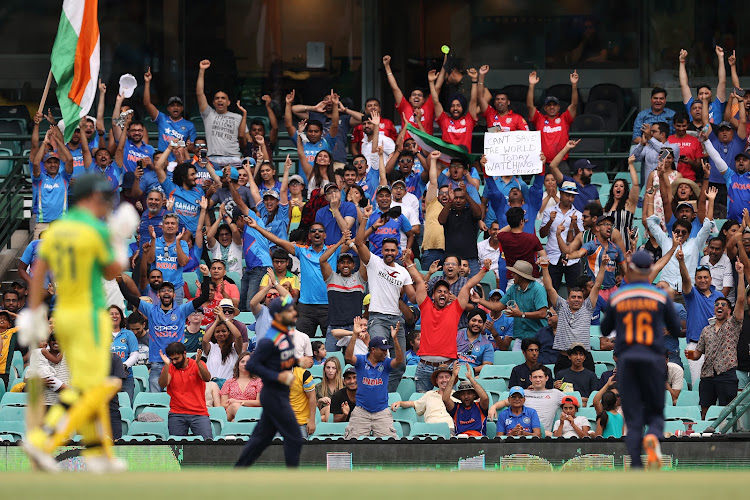 Australia will hope to play to a full house against India in their Twenty20 match next week as crowd caps lift in the country's most populous state of New South Wales (NSW).

NSW Premier Gladys Berejiklian on Wednesday said outdoor stadiums would be allowed to operate at 100% capacity from Monday as the eastern state eases social distancing restrictions following three weeks without a new case of Covid-19.

"What we've tried to achieve here is a healthy balance of giving people freedom and allowing businesses to flourish, while also maintaining those basic principles of living in a Covid safe way," Berejiklian told reporters.

Australia play the third and final Twenty20 match against India at the 48,000-seat Sydney Cricket Ground (SCG) on Tuesday.

The opening Twenty20 at Canberra's Manuka Oval on Friday and the second match at the SCG on Sunday sold out quickly last month after being capped at half-capacity.

The easing of crowd caps in NSW will be welcomed by Cricket Australia, which said in October biosecurity measures and crowd restrictions could punch a $88m hole in its 2021 finances.

The SCG will also host the third test of the four-match series against India in January.

A crowd of 49,155 cheered Queensland to victory over New South Wales in a State of Origin rugby league match in Brisbane last month, a world record stadium attendance for a sporting event since the start of the Covid-19 pandemic.