Quinton de Kock: 'The guys are keen to change what has been going on around cricket' 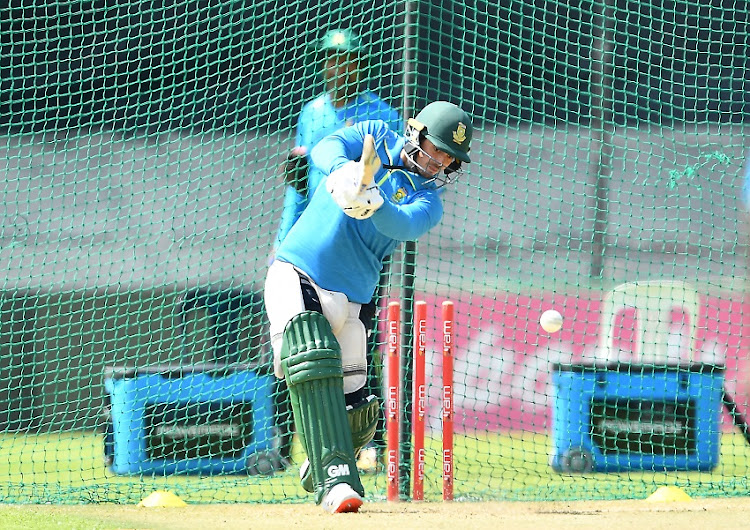 In the sea of turmoil the sport in South Africa has found itself in for the best part of the year‚ there is still a game of cricket that still has to take place on Friday when England and the Proteas meet in the first of three T20’s.

For Proteas limited overs captain Quinton de Kock‚ it is a new start in every sense. They’ve had to watch from the sidelines as the administrative upheaval took centre-stage while there’s also been the team’s rather middling approach to the Black Lives Matter issue.

Friday’s Newlands fixture will be the first cricket international on home soil and De Kock said they were looking forward to it.

They run into an England with plenty of cricket mileage. Eoin Morgan’s side has played plenty of cricket in various forms‚ but they’ve been far busier than their South African counterparts. They also seem to have the upper hand over their hosts with recent limited overs series win home and away in the past three years.

De Kock wasn’t hung up on past results‚ but also recognised the threat posed by England’s array of match-winners that also includes Ben Stokes.

“England’s a team that’s full of match-winners. In the last series we played against them‚ we gave them a run for their money. It was disappointing that we didn’t win the series because we always fought to the end and we didn’t just sit back because it was England‚” De Kock said.

“I’m not big on records and all those things. I just played a game where I was the keeper and Ben Stokes just smashed a hundred against us. He’s a top class player that adds a lot of value to that team. There are a lot of guys to watch out for in that team and if one of them comes off‚ they could really hurt you.”

Most of South Africa’s cricketers went into camp on the back of two rounds of red-ball cricket‚ but De Kock was one of five who played in the Indian Premier League. De Kock played a critical role in the Mumbai Indians’ successful title defence.

While happy with the IPL experience in the team that should come in handy over the next two weeks‚ De Kock was quick to highlight the difference between IPL and international cricket.

“Just because I played in the Indian Premier League doesn’t guarantee that I’ll score runs in the next series. I’d love to get off to a couple of starts and ensure I maximise them. That’ll help out our situation‚ so I’ll try to grab an opportunity with both hands if I can‚” De Kock said.

“There’s a lot of IPL experience in the team‚ so I can bring my little bit and the other guys can bring their little bits. IPL though is different‚ especially in the way it was played this year‚ so it’s not like I’m going to bring something that the guys don’t know about already. It could be the smallest things and not the most obvious things‚ but there’s always a chance to learn something new.”