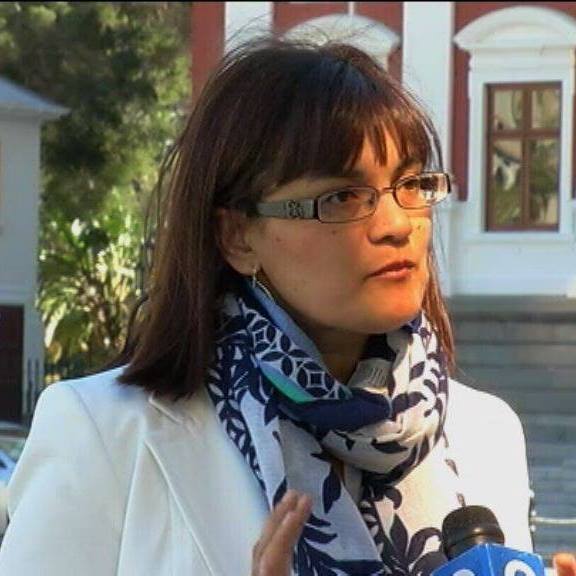 Judith February is on the new Cricket South Africa interim board and says the nine-member temporary leadership is determined to restore stakeholder and public confident in the administration of the game.
Image: Judith February via Facebook

The new Cricket South Africa (CSA) interim board has decided to ditch Bowmans and are in the process of recruiting another law firm that will advise them on how best to handle the release of the full Fundudzi forensic report to the public.

“We won’t use a law firm [Bowmans] which has been previously used by CSA‚” Judith February‚ lawyer and governance expert who is part of the CSA interim board‚ told TimesLIVE.

She said the interim board's rationale behind the move was to ensure that the temporary leadership starts on a clean slate as it begins its work to restore stakeholder and public confidence in the administration of the game.

"So we will be engaging another law firm which was not involved in material details related to the forensic report.

"We will seek fresh independent legal advice as to whether one may or may not institutute posiible sanctions regarding [those] individuals mentioned in the report.

“We are looking at the report with fresh eyes and how best can we engage it.”

The CSA interim board appointed a small sub-committee comprising of retired Constitutional Court Judge Zak Yacoob‚ human resources expert Dawn Mbatha‚ public service guru Caroline Mampuru and February to assess the implications of the report and the actions that need to be taken.

She said the interim board is looking at the minimal timeframe for this to happen.

"We don't forsee that this will be very time consuming."

February said the interim board will finalise the process to recruit a new law firm at its next meeting on Monday.

The findings and recommendations of the forensic report have been at the centre of controversy since the near-500 page document was submitted to the organisation at the end of July.

CSA subsequently sought legal advice on how to handle the dissemination of the report to the media and the public‚ and contracted Bowmans for legal advice.

The law firm advised CSA that any stakeholder who wished to read the full contents of the forensic report needed to sign a non-disclosure agreement.

The previous board‚ which resigned in its entirety last month‚ took counsel from Bowmans‚ who advised that non-disclosure agreements had to be signed as a non-negotiable condition to access the report.

February confirmed that the interim board‚ which was appointed by sports minister Nathi Mthethwa last week and comprises of nine directors‚ did not sign the non-disclosure agreements.

“No‚ we will not be signing any non-disclosure agreements,” said February.

The Fundudzi report records the findings of the forensic investigation and recommendations based on those findings. The report includes findings adverse to certain individuals and institutions.

Bowmans advised the previous board against unrestricted release of the forensic report.

The law firm said the dissemination of the report may potentially have‚ or be perceived to have‚ a detrimental impact on the interests of the implicated individuals and institutions.

The law firm advised that the uncontrolled release of the full report may consequently also expose CSA and or Fundudzi to the risk of legal proceedings that may be instituted against the organisations by individuals and institutions mentioned in the document.

Bowmans further advised that the disclosure may prejudice CSA pending possible legal proceedings by persons aggrieved by findings and recommendation made in the report.

The previous CSA board refused to release the report to the public in its entirety and said it was worried about potential litigation.

February said the interim board also has similar concerns but will apply its mind based on new and fresh legal advice.

“I think we have not discussed that [potential litigation] in details‚” she said.

“We are having another board meeting on Monday. I think obviously the task team will be looking at that and it is one of the issues that will arise when we have the discussion and when we talk about making the report public.

“We are aware of those issues of potential litigation. We will definitely apply our minds on that. We have to.”

February said the implementation of the Nicholson report to have a trimmed-down board and the forensic report were top of the priority list of the interim board.

“It is a pressing issue. That’s one of the issues and that’s why we put it in the statement [press release on Tuesday] along with the Nicholson report.”

Following on the advice from Bowmans‚ Beresford Williams‚ former acting CSA president and board chairperson‚ wrote to parliament early last month and requested the chair of the portfolio committee on sports‚ arts and culture to make a ruling in accordance with provisions of Rule 189 of the Rules of the National Assembly‚ declaring that the Fundudzi Report is a confidential document‚ to be treated according to the applicable provisions of Rule 189.

The enclosed electronic copy of the Fundudzi report is password-protected.

Any cricket stakeholder who wanted to read the report was provided with his or her own password separately.

In a bid to eliminate risks of the report being leaked‚ the previous CSA board had requested that the password only be disclosed to the members of parliament after the portfolio of committee ordered the organisation to submit the report to them.

The electronic copy of the Fundudzi Report is secured with software that can track who will have opened it using the password.