Drama continues at Cricket South Africa as entire board steps down 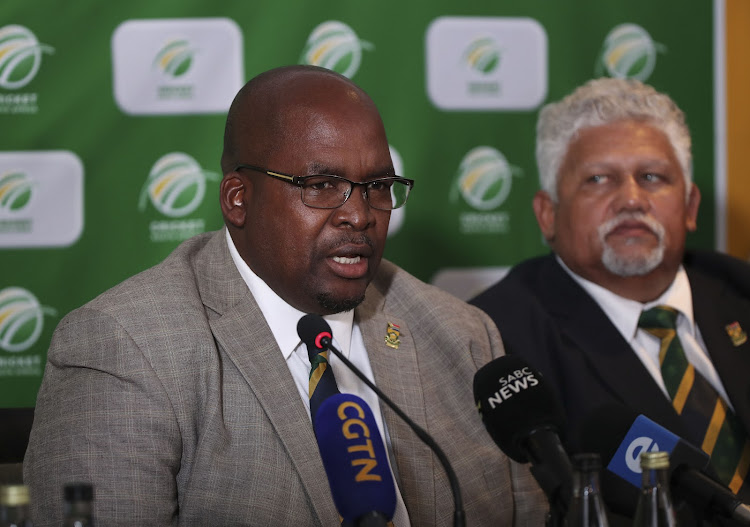 Chris Nenzani (L) was first to resign as Cricket South Africa board chairperson and president in August and was replaced by his deputy Beresford Williams (R), who has also resigned.
Image: BackpagePix

With only a day left for Cricket South Africa (CSA) to respond to sports minister Nathi Mthethwa and give him written representations as to why he shouldn’t intervene in their matters‚ the embattled organisation's entire board stepped down.

Zola Thamae was the only non-independent board member who hadn’t resigned‚ but she has also made her exit.

They have now stood down after Sunday’s member’s council resolution that asked for all board members‚ independent and non-independent‚ to resign.

However‚ all the non-independent board members remain on the member's council except for former acting president Beresford Williams. This means they could still have a say in the future of an organisation they’ve endangered.

One of the decisions they need to come to with calculated haste is the written response to avoid Mthethwa’s intervention into their affairs‚ with their deadline set for Tuesday.

The first part of the South African Sports Confederation and Olympic Committee (Sascoc) with regards to the stepping down of the board has been met.

The second one was for the stepping aside of the senior management team‚ something that hasn’t been decided yet.

The composition of the team that’ll take CSA forward during the transitional period remains to be seen as the four independent board members were initially going to be part of the team.