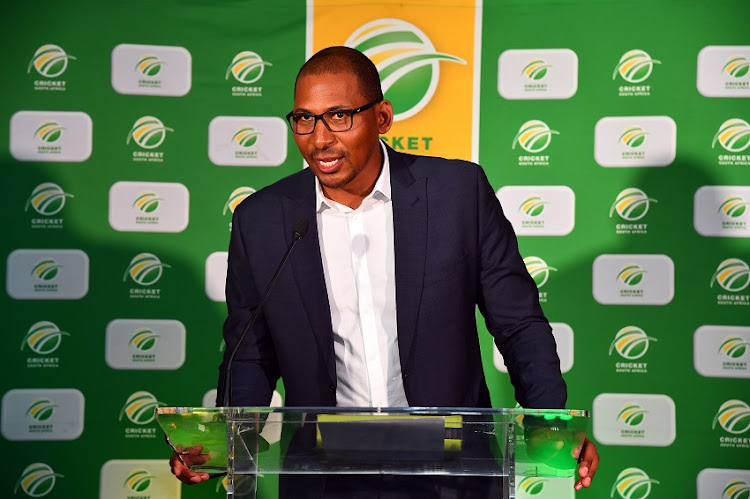 Mpitsang‚ a former Proteas ODI player and Free State and Eagles veteran‚ replaces Linda Zondi who was in the position for four years and also occupied the seat in an interim capacity in the 2019/20 summer.

The succession from CSA‚ who haven’t done a lot of good things recently‚ has been clear with their selectorial appointments.

The 40-year-old Mpitsang‚ who played his two ODI’s before he turned 20 while his cricket career wrapped up in 2012‚ said he’s put in as much education as necessary for the job while continuing to learn.

“For the last eight years since my retirement‚ I have consciously looked to learn as much as I can about this game and I have put in many hours gaining that knowledge and experience.

"When you retire from playing you always hope you can stay in and around the game somehow and make a positive contribution in some way no matter how small‚” Mpitsang said.

“I have been incredibly fortunate to have received the opportunities that I have in the past‚ and to have learned how things work from admin to playing and coaching.

"I’m really looking forward to this next chapter and all that it brings. The Proteas teams are a vital part of the cricket eco-system and there are areas that need our immediate attention.”

CSA’s director of cricket Graeme Smith said they needed to make sure they found the right candidate to replace Zondi. Mpitsang was competing for the position with Patrick Moroney and Hussein Manack.

“The role for the National Convenor of Selectors is an incredibly important one‚ which is why the process of appointing the eventual candidate has taken so long.

"We needed to be certain that we have left the role in the safest hands possible and Victor’s credentials speak for themselves‚” Smith said.

“He has made it his business to know the ins and outs of cricket after his playing days‚ from KFC Mini-Cricket‚ all the way to the senior Proteas men’s and women’s teams. His experience as a coach in our various development programmes means that he has the kind of knowledge and context that was crucial in our chosen candidate.”