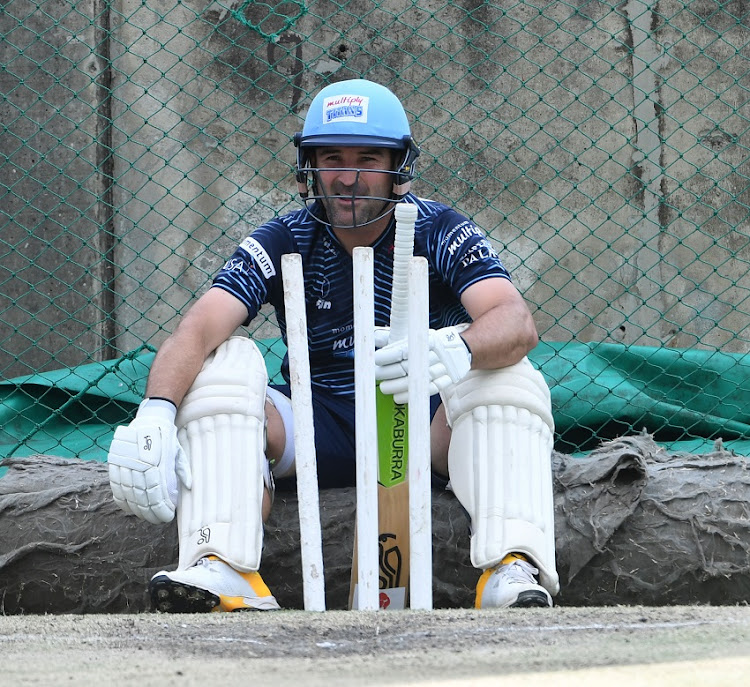 A busy pre-Covid-19 international schedule with the Proteas restricted Dean Elgar from featuring in any four-day matches for the Titans last year.

But the Welkom-born southpaw is available for the Titans this time around and is expected to open the batting for the Centurion-based side when the domestic Four-Day Franchise Series starts on November 2.

The Titans will start their season with a trip to Cape Town for a four-day date against the Cape Cobras at Newlands from Monday November 2 to Thursday November 5 and the 33-year-old stalwart of 63 Tests for the Proteas is looking forward to the fixture.

“I can’t remember when last I was available to play so many four-day games‚” said Elgar.

“If I look back to last year‚ I don’t think I played any games because we had various tours and now it looks like we’re basically going to be available for close to the whole four-day competition.

“As it stands‚ we’re going to be available for the whole season for the Titans. But I’m just keen to get out there and bat and that’s what I am most looking forward to at this stage.”

Cricket South Africa (CSA) will officially launch the 2020/21 season in Hammanskraal‚ near Pretoria‚ on Thursday.

All six franchises will be in action on the opening round which will see the Dolphins host the Lions in Durban while the Warriors will travel to Bloemfontein to face the Knights.

The franchises have been split into two pools for both the red-ball and the Momentum One-Day Cup competition.

Elgar is expecting a strong and intense start to the 4-Day Franchise Series but concedes there were pros and cons of not having to play cricket for seven months due to the coronavirus-enforced lockdowns.

“I think I speak on behalf of most of our players‚ if not all of them as well as the coaching staff‚ when I say it’s been frustrating‚” he said.

“We’ve been putting in some really good work these last few months and we’re just excited to start playing again.

“It has been quite a long one and also an enjoyable one being home and spending time with your loved ones. But I do feel that it’s now time to get back on the park again.

“So with the first ball to be bowled on 2 November‚ I have no doubt everyone is going to be raring to go.”

With a few Proteas unavailable due to their participation in the ongoing Indian Premier League‚ Elgar feels this is an opportunity for players to raise their hands.

“It’s exciting and I’m sure a lot of franchise cricketers are also waiting for their opportunity to showcase what they have to offer to the set-up. I’m sure once it does get going then the cricket’s going to be very good.”