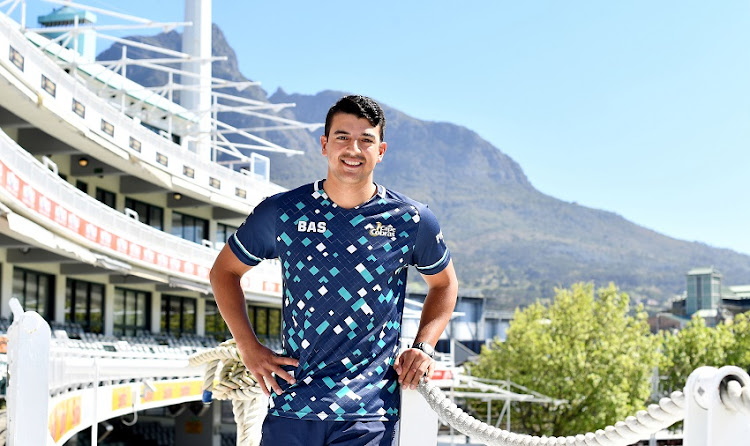 Hamza takes over the franchise captaincy from USA-bound Dane Piedt and Prince is backing his new leader to stamp his authority on the team with his good leadership qualities.

“I’m really looking forward to working side-by-side with Zubayr as he takes charge of an exciting group of players‚” said Prince.

“He has done the job on a part-time basis last season and besides the fact that he’s a top-class batsman‚ he has displayed real leadership qualities. More than just leading from the front with the bat‚ he’s an astute thinker and real student of the game.

“There’s a genuine care factor about the rest of his teammates‚ and I think because of that he will enjoy every bit of support from the rest of the squad‚ and of course management.

“I also feel that we have we have a number of hungry‚ talented and highly motivated individuals‚ such as the Malan brothers‚ Verreynne‚ de Zorzi‚ and Linde‚ who all have displayed good leadership qualities that he’ll be able to call upon out on the field.”

The 25-year-old Hamza‚ who boasts 63 first-class games‚ 45 List A matches and 19 T20s‚ is looking forward to the many leadership challenges that lie ahead.

“Firstly‚ I want to thank the Cobras management for putting their faith in me as the captain. It goes without saying that it’s an honour and a privilege‚” Hamza said.

“I want to thank my predecessor Dane Piedt and the former captains who came before me like JP Duminy‚ Rory Kleinveldt‚ Justin Ontong‚ Andrew Puttick‚ etcetera‚ who I have played under and who taught me the importance and privilege that comes with leading this proud franchise.

“We have an extremely exciting squad this coming season and even though I have my own style of leadership‚ there’s quite a number of guys who have strong leadership qualities that I’d be able to lean on for assistance and advice throughout the season.

“We have created quite a positive atmosphere throughout the team and have been putting in a high standard of work for the past couple of months‚ which has been really impressive.”

“Zubayr has shown that he thrives on responsibility and during last year’s Momentum One Day Cup campaign he began his captaincy journey by leading from the front‚” Kennedy said.

“He knows what is expected of him and his team this coming season as we enter a new era of Cape Cobras cricket and we are looking forward to see this team grow and be successful under his leadership.”

In other appointments‚ Barney Mohammed has been confirmed as convener of selectors for the season and Romano Ramoo has been appointed as the team video analyst.

The Cape Cobras are in full preseason mode ahead of the new season and coach Prince is impressed with his squad’s efforts to date.

“I’m really happy with how things have gone through the first six weeks of preseason. Initially it was all strength and conditioning and the guys are looking in good physical condition.

“Over the few weeks we have started to include the skills‚ and I’m really excited about the skill levels. Obviously we know about all our players who went on to play for the Proteas last year. Add to that all the exciting new talent and things are looking promising.”