CSA to haul Kula-Ameyaw over the coals over Momentum tweets 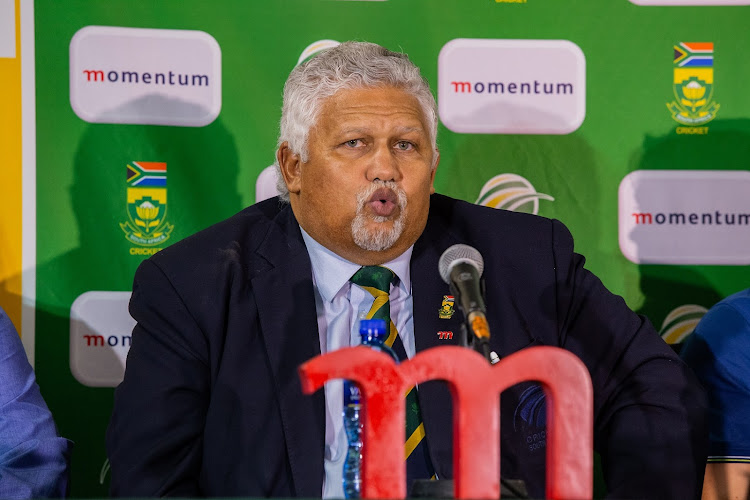 Beresford Williams is now acting president and has ambitions of becoming president despite an ultimatum in December last year from sponsor Momentum that he steps down.
Image: OJ Koloti/Gallo Images

Cricket South Africa’s (CSA) independent board member Dr Eugenia Kula-Ameyaw is set to be hauled over the coals by the organisation for her social media comments in relation to Momentum’s decision to pull out as sponsors of ODI cricket.

CSA’s problems deepened further on Tuesday after the financial services group announced that they would not renew their sponsorship of ODI cricket when their contract expires at the end of April next year.

As CSA started to eat itself from within late last year with governance control malfunctioning and sponsors threatening to exit en masse‚ Momentum issued an ultimatum in December.

The financial services provider demanded that president Chris Nenzani and his vice-president Beresford Williams resign or the company would “reconsider” its sponsorship of CSA.

Nenzani and Williams clung to power for dear life and refused to resign despite massive pressure from key stakeholders‚ including the players‚ sponsors and the public.

Nenzani only relinquished his power when he stepped down last month with Williams stepping up as interim president.

Kula-Ameyaw apparently made things worse with her comments on Wednesday in response to a tweet from eNCA of their interview with Momentum’s head of sponsorships Carel Bosman. 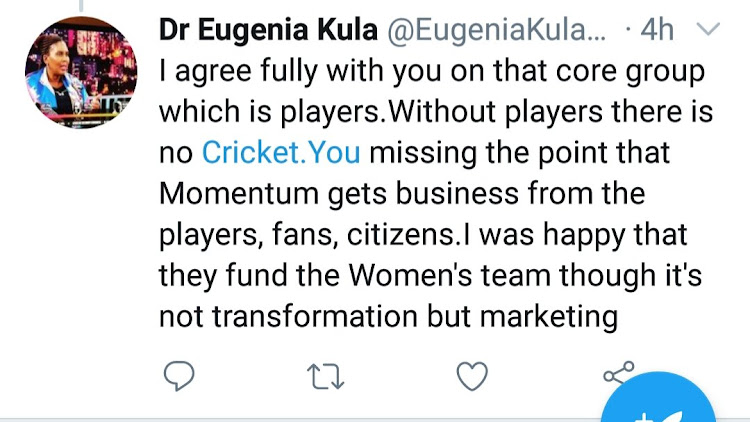 Momentum has announced that it will not renew their sponsorship with the Proteas ODI team which expires in April 2021. They will, however, continue their support of the Momentum Proteas Women's team. Head of sponsorship at Momentum Carel Bosman spoke to eNCA. pic.twitter.com/buJpI1Km5A

CSA wasted no time in reacting to the situation and sent out a statement of apology to Momentum and said Kula-Ameyaw’s comments were “unfortunate and unwarranted”‚ and that the board director acted in her personal capacity. 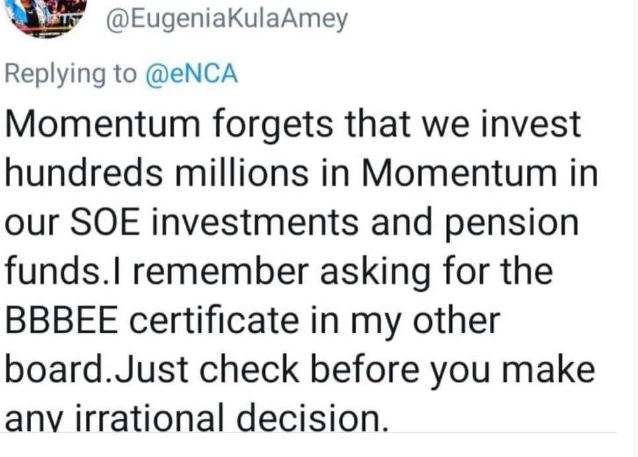 “CSA wishes to reiterate that Dr Eugenia Kula-Ameyaw did not act in her professional position as a non-executive board member of CSA‚” CSA acting president Williams was quoted as saying.

“CSA wishes to distance itself from the articulations made by Dr Kula-Ameyaw on Twitter.

“We further wish to reiterate that CSA does not ascribe to the views expressed regarding Momentum and we sincerely value the benefits Momentum and all our sponsors bring in making cricket accessible and inclusive for all South Africans‚” Williams said.

CSA said that its members’ council‚ the highest decision-making body made up of 14 affiliate presidents‚ has referred Kula-Ameyaw’s conduct to the social and ethics committee.

Once all internal processes have been completed‚ the necessary corrective action will be taken‚ said CSA.