Another blow for embattled CSA 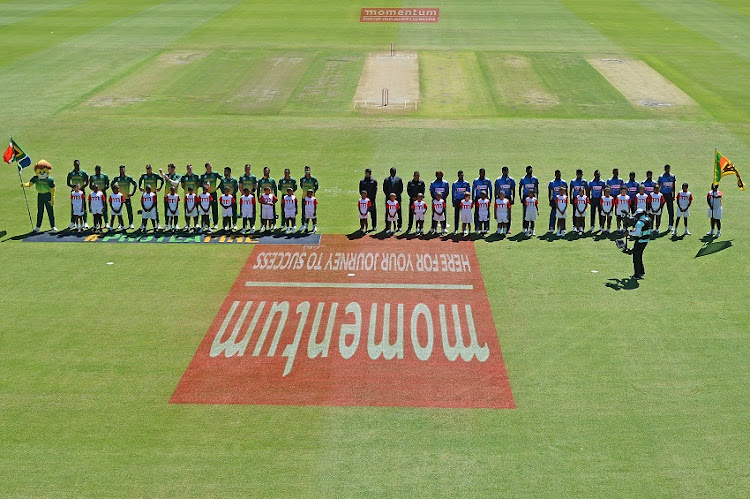 Cricket South Africa’s (CSA) problems deepened further on Tuesday  after key sponsors Momentum announced  that they would not renew their contract as One-Day backers when it expires at the end of April next year.

The financial services group‚ however‚ said it remained committed to backing the women’s game and intends to continue supporting the Momentum Proteas‚ which means retaining the naming rights for the senior national women’s team.

Momentum has been supporting the women’s team since 2013 and this commitment remains in place with a contract running until April 2023.

Momentum’s head of sponsorships Carel Bosman said the company has had enough of CSA’s poor governance and perceived maladministration.

“We will continue our dialogue with CSA to keep them accountable to do the right thing.

“We all want to see a governing body that is run professionally and ethically‚ and one that considers all stakeholders to the game. We wish CSA well as they move forward‚” said Bosman.

“We have had some really great innings‚ considering that we were involved in several platforms such as development cricket‚ schools cricket‚ club cricket‚ domestic and international cricket.

“Our support of and contribution to cricket is a positive story that we are proud of.”

The financial services group warned CSA in December last year that it would not renew its sponsorship if the board and CEO did not resign‚ and the company has now lived to its promises.

The company said at the time that it had met with the CSA leadership and outlined “very specific governance and reputational requirements” that the organisation had to deliver on if it is to restore public trust and corporate confidence.

Chief among Momentum’s demands to the crisis-riddled CSA were the resignations of the members of the board and the institution of a forensic audit into its affairs.

Momentum set a deadline of April 30 2020 for the CSA board to step aside or the financial services group would “reconsider” its sponsorship of the game.

Prior to Momentum’s involvement with women’s cricket‚ none of the players held professional contracts with CSA but that changed earlier this year when 14 players were awarded full agreements plus a full-time coaching‚ support and management team.

“We have been extraordinarily proud of our role in supporting the advancement of the women’s team and remain committed to that sponsorship agreement.

“Our continued support of the Momentum Proteas is in line with our brand narrative and we will continue to shine a light on their talent‚ build their commercial value and enable them on their journey to success‚” said Bosman.

Momentum’s exit follows hot on the heels of headline sponsors Standard Bank announcing an exit of their own and pulling out of cricket.

The pulling out of Standard Bank left CSA with a conundrum as the bank pumped almost R100m a year into the organisation’s coffers. Betting company Betway has since replaced the bank but the deal is believed to be way less than what the banking group offered.