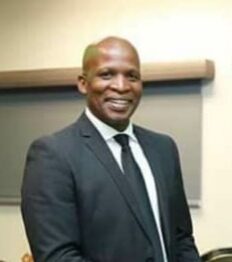 The jostling for the Cricket South Africa (CSA) board positions took a nasty turn at the weekend as members turned on each other after Border Cricket president Simphiwe Ndzundzu accused his Gauteng cricket boss counterpart Anne Vilas of double standards and racism.

Ndzundzu made it to the final list of nominees to serve as a non-executive director on the CSA board at the organisation’s annual general meeting to elect a new chairperson‚ president and directors on Saturday.

But reports in the media soon emerged after the list of nominees was announced with the Border Cricket boss accused of a gender-based violence that left one woman with a broken arm.

A knobkerrie-wielding Ndzundzu allegedly attacked a colleague at his home and assaulted his elderly mother‚ leaving his sister with a broken arm‚ according to the reports.

Vilas‚ the newly elected president of the Central Gauteng Lions (CGL)‚ reacted‚ among other things‚ to the reports of the gender-based violence levelled against Ndzundzu.

She wrote a letter and addressed it to the CSA board‚ acting CEO Kugandrie Govender‚ company secretary Welsh Gwaza and members council highlighting her concerns with the allegations against Ndzundzu.

“I am concerned that the press are reporting that one of the members that is up for an election as a non-independent director (Simphiwe Ndzundzu) at the AGM is facing an investigation for assault‚ after allegedly breaking into the home of and assaulting another Border Official and his family members‚” Vilas wrote.

“I am quite surprised that nobody has‚ in the circumstances‚ raised the eligibility of him to stand for elections at a time when CSA publicly professes its support for the anti-violence campaign against women.”

Vilas told TimesLIVE on Monday that she has “no comment at this stage” and committed to responding through another letter on Tuesday.

Ndzundzu hit back with a letter of his own and dismissed the allegations against him as “gossip and rubbish” while also placing a race card on the table.

“Part of what we should be careful of as we journey together‚ is character assassination through gossip and unvalidated reports.

“CSA is an international organisation that cannot afford to entertain such unsubstantiated reports‚” said Ndzundzu.

“Election time is always critical for any organisation and CSA is not immune to that‚ so matters of this nature will always come up. If I was Anne Villas I would have asked the obvious question as to why now?”

“We were not surprised by such as that’s the mandate of such people to put every black man’s name in dirt.”

Ndzundzu said Vilas could have made contact with him privately as a colleague instead of writing to the CSA board and management.

He admitted on Monday that there was a “scuffle” and a woman was involved but said he has not been charged although a case was opened against him. He denied assaulting a woman.

“I can say without any reservations that the reports (of gender-based violence against me) are uttermost rubbish hence I have not wasted my energy to respond to those.

“I have taken legal action against the perpetrators of such frivolous and vexatious allegations.”

Ndzundzu said he deserves the courtesy of being presumed innocent until proven guilty and accused Vilas of double standards and racial bias.

“There are two principles in law that are key Anne and CGL‚ audi alteram partem and everyone is innocent until proven guilty.

“These principles should be applied against everyone and the skin colour of that person should not be the deciding factor.”

Ndzundzu accused Vilas of double standards and questioned why the Gauteng cricket boss has never written a letter to denounce the widespread allegations of racism and discrimination from past and current players.

“You should have called for their immediate suspension of those (people) implicated (in perpetrating racism and discrimination based on race) pending the investigation of the allegations.

“Our black players have told you Anne that they have been emotional and physically abused by white administrators and you remained silent.

“You now want to act as a heroine on this matter‚ double standards don’t work Anne.

“It can’t be that everything that’s right is white‚ we have an obligation as a collective to change that perception that is being planted by the media and people like Anne Villas.

“I am reminded of Maya Angelou when she says “You may write me down in history‚ with your bitter‚ twisted lies‚ you may trod me in the very dirt but still‚ like dust‚ I’ll rise”.