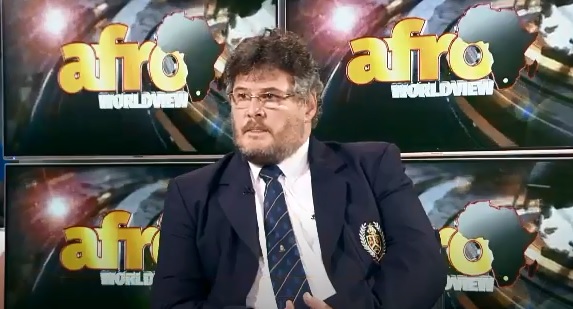 Professor Steve Cornelius‚ who quit as Cricket South Africa (CSA) independent board member this week‚ has denied allegations that he “concocted” a committee report that led to the suspension of CEO Thabang Moroe in December last year.

Cornelius resigned as CSA director on Wednesday a few days after board chairperson and president Chris Nenzani and acting CEO Dr Jacques Faul also quit as the crisis-ridden organisation plunged further into turmoil.

In suspending the CEO in a statement on December 6‚ CSA said the decision came following “the reports received by the social and ethics committee and the audit and risk committee of the board related to possible failure of controls in the organisation”.

But a source with the knowledge of CSA’s handling of Moroe’s suspension told SowetanLIVE last month that only board meetings and not committee meetings were held during that chaotic week in December.

The high-placed source said Cornelius‚ in his capacity as social and ethics committee chairman‚ unilaterally wrote a report on December 2 that recommended that Moroe be suspended and submitted it to the CSA board for ratification.

Cornelius also called for an independent forensic investigation to be conducted on the conduct of the board and management as CSA’s reputation and image took a nosedive late last year with players revolting against the organisation and sponsors threatening to exit en masse.

Moroe was suspended four days later‚ on December 6‚ on allegations of misconduct. He was replaced by Faul a day later.

Cornelius confirmed to SowetanLIVE on Friday that he wrote and emailed a report to the board‚ which called for Moroe’s suspension and the institution of a forensic audit and investigation‚ but denied that it was in his capacity as the social and ethics chairman.

“It would have been nice if you ran this past me before you wrote the article. I could have clarified one aspect‚” said Cornelius referring to an SowetanLIVE story published on July 15 with the allegations that he “concocted” the report.

“You [have quoted] from an email which I had sent to the then-president [of CSA] in the wake of the revocation of some journalists’ accreditation and various allegations made against the CEO.

“The email was not sent in my capacity as chairman of social and ethics and does not purport to be approved by the SEC [committee].

“I sent the mail as a board member concerned at what was happening. We were scheduled to have an urgent board meeting the next day and I wanted the idea of an investigation tabled at the board meeting.

“There were calls for the CEO to be fired summarily. I made the proposal to conduct a forensic investigation in the interest of fairness and you will note in the email that I also recommended that the investigation should also look at the board.

“Because of the latter proposal‚ the board then decided to table it at the Members’ Council as the board could not investigate itself. And that is why we had the independent forensic investigation‚” said Cornelius.

A highly-placed insider told SowetanLIVE last month that there was no social and ethics committee meeting during the week when Moroe was suspended.

Cornelius admitted his committee did not meet during that week and said that the board considered its reports compiled in earlier meetings before December last year.

“As I recall‚ there were earlier meetings of both the social and ethics and audit and risk committee where concerns were raised at potential failures of controls.

“When the board deliberated the proposal to suspend the CEO and have the forensic investigation‚ we had a robust discussion and those previous (earlier) reports would certainly have featured in the discussion and would have been factors taken into consideration (to suspend the CEO and institute a forensic investigation). That is how I understood the media statement (on December 6).

“I think you have to keep in mind that the social and ethics and audit and risk committee are statutory watchdogs and where they identify shortcomings‚ these are reported to the board. The board then takes action to correct the shortcomings.

“So with the combined weight of those earlier reports and the revocation of the journalists’ accreditation‚ as well as matters raised in the media‚ the board felt that stronger action was called for‚” insisted Cornelius.

Asked to provide the earlier social and ethics committee reports‚ Cornelius said: “No‚ I cannot provide CSA reports. You will have to ask CSA for those. I am still under a fiduciary duty‚ despite resigning and I will be failing that duty if I disseminated CSA reports.”

Company secretary Welsh Gwaza is an invitee to the social and ethics committee meetings together with Craig Nel and Alisha James.

In his December 2 report‚ Cornelius said that the position of the CEO had become hard to defend.

“Whether it is due to his (Moroe) fault or factors beyond his control‚ it is now obvious that the position of the CEO has become untenable.

“The constant call from the media and others‚ including members of the board‚ for him (Moroe) to step down is not in the best interest of Cricket South Africa‚ nor is it fair to the CEO to be crucified in the media‚” wrote Cornelius.

Cornelius proposed that the CEO be suspended pending a disciplinary hearing.