Van Jaarsveld on Tsolekile’s match-fixing allegation: ‘I have nothing to hide’ 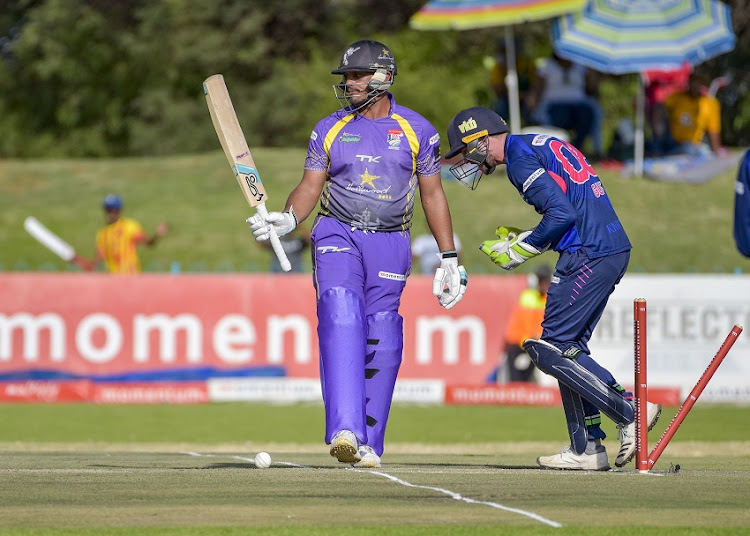 Former Proteas ODI player and Dolphins stalwart Vaughn van Jaarsveld has said Thami Tsolekile’s match-fixing claims about him were disgusting and that he has nothing to hide.

The 35-year-old left-handed top-order batsman who represented the Proteas in two ODIs and three T20s in 2009‚ said Tsolekile’s allegations were damaging and had the potential of tarnishing his reputation.

“I have nothing to hide. I followed all the protocol and did everything that Saca‚ Louis Cole and the National Prosecuting Authority put forward to me from a legal perspective. I followed every step given to me‚” Van Jaarsveld said.

“I played open cards with the authorities‚ gave over my phone records and I was the other that gave over Gulam’s [Bodi] other phone number that caught everyone out. I’ve got nothing to hide.

“I had these allegations sent to me on Tuesday night and I saw them on Wednesday morning. They disgusted me and I have my family’s reputation to protect.”

In a Tuesday evening interview on radio sports show Marawa Sports Worldwide‚ the 39-year-old Tsolekile said Van Jaarsveld was approached by Bodi in an Africa T20 Cup match in Potchefstroom‚ but didn’t report the approach.

“Vaughn van Jaarsveld was approached by Gulam Bodi at North-West during the Africa T20 Cup‚ but no one has ever heard of Vaughn. He never disclosed the approach‚” Tsolekile said to show host Robert Marawa.

“When he was asked by the investigating officers‚ he did say he was approached‚ but because he was a white player‚ they defended him.”

Van Jaarsveld didn’t dispute the fact that he was approached by Bodi‚ who is not only serving a 20-year-ban from cricket because of his role in the 2015 Ram Slam T20 match-fixing scandal‚ but was also handed a five-year jail sentence under the Prevention and Combating of Corrupt Activities Act of 2004‚ which was set up in the aftermath of Hansie Cronje’s match-fixing scandal in 2000.

However‚ Van Jaarsveld said he followed the instructions cricketers are regularly educated about with regards to match-fixing when he reported Bodi’s approach.

“At the Africa T20 Cup game in Potchefstroom‚ Gulam approached me on the Saturday morning‚ I met him that night‚ played on the Sunday and drove back on the bus from where I called Saca [the South African Cricketers' Association] where Andrew Breetzke was the legal person. Minutes later‚ I got a number for Louis Cole‚ who then directed with me with the way forward‚” Van Jaarsveld said.

“That’s what we get educated on and we have anti-corruption road-shows twice a season. Once there’s an approach‚ it gets reported to Saca and the Anti-Corruption Unit (ACU) and the steps unfold from there.”

Tsolekile‚ who was banned for 12 years for his role in the scandal‚ also accused Dolphins all-rounder Robbie Frylinck of attempting to fix a Champions League T20 game.

“I’ve got that on my affidavit that Robbie Frylinck did a game during the Champions League T20 in India and that’s according to Gulam Bodi’s story. When I asked about it‚ they said they’ll follow it up‚” Tsolekile said.

Frylinck referred queries to the Saca‚ who‚ through their chief executive officer Breetzke‚ said Cricket South Africa (CSA) were best-placed to respond.

In a statement issued on Friday morning‚ CSA said Tsolekile did not mention Frylinck’s Champions League T20 in his evidence and that Van Jaarsveld and former teammate Craig Alexander disclosed the approaches made to them.

“CSA confirms that both he [Van Jaarsveld] and Craig Alexander were approached by Mr Bodi and both players reported the matter to Saca and to the ACU as required by CSA Anti-Corruption Code and the Prevention and Combating of Corrupt Activities Act (Act 12 of 2004) ‚” the statement read.

“Their possible involvement in the match fixing scheme was fully investigated not only by the investigating team but also by the Hawks and they were cleared of any wrongdoing.

“The allegation of match fixing during the Champions League by Mr Frylinck was never mentioned by Mr Tsolekile during his interviews with ACU. Both Mr Alexander and Van Jaarsveld reported to the ACU that Mr Bodi had mentioned this as part of his approach.”