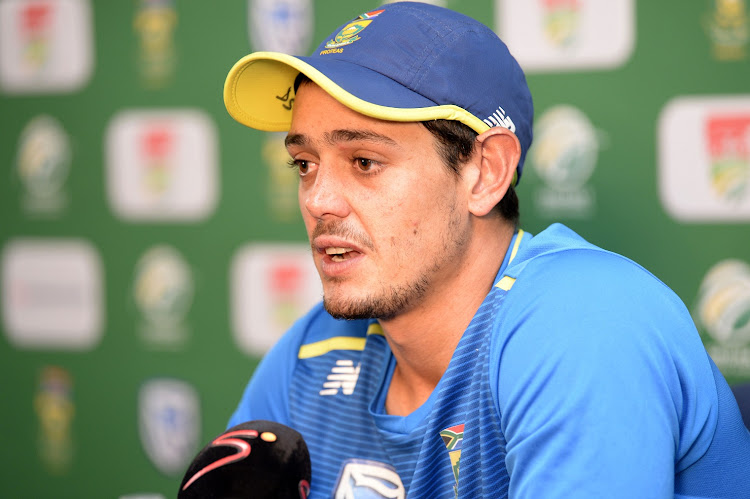 Laura Wolvaardt and Quinton de Kock, the star performers for their respective national cricket teams who have had contrasting performances, deservedly took home the women’s and men’s cricketer of the year awards at Cricket South Africa’s awards that were held virtually.

The women’s team had an impressive 2019-20 season that not only saw them complete their ICC Women’s World Cup qualification, but reach the semifinals of the ICC Women’s T20 World Cup where they were beaten by Australia.

The 2019-20 season was a forgettable one for the men’s national team as they were humbled by India away and England at home in the Test engagements. They were marginally better in the limited overs matches where they held India to a 1-all draw in the T20 series competed very well in the limited overs segment of the home summer against England and Australia.

The other big winners on a night where the awards had to be held digitally for the first time because of the novel coronavirus (Covid-19) and how it’s put a plug on large gatherings were Lungi Ngidi (ODI and T20 player of the year), Anrich Nortje (newcomer of the year and delivery of the year) and David Miller won the SA fans cricketer of the year.

From a women’s perspective Shabnim Ismail, Nonkululeko Mlaba and Mignon du Preez scooped the T20 player of the year, international newcomer of the year awards and KFC Streetwise Awards respectively.