'I was slightly worried with the pillows because they weren’t being changed': EC cricketer Nqweni on testing positive for Covid-19 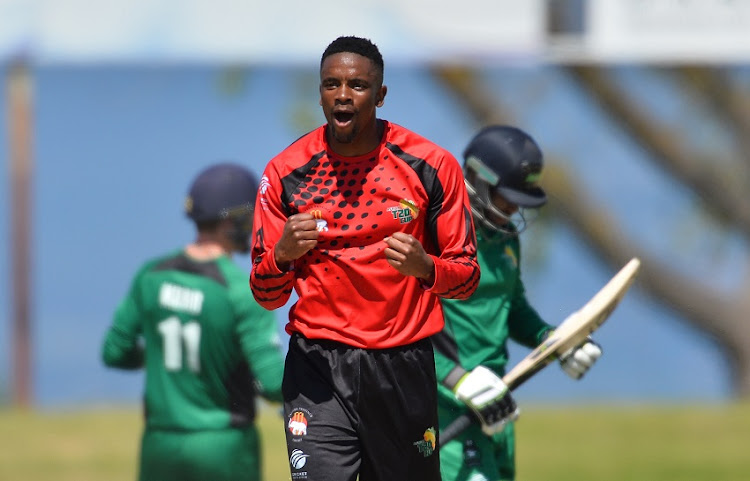 Nqweni's battle is an impressive feat  as the all-rounder was recovering from the rare but serious Guillain-Barre Syndrome that curtailed his club cricket stint in Scotland last year.

The Eastern Cape cricketer, who revealed that he tested positive on May 7, received his negative test results on Friday. The 26-year-old from Port Elizabeth still isn’t sure where he caught the virus.

“The only places I was going to was the rehab facility in Johannesburg and the pharmacy. I wasn’t going anywhere else and everyone in the house tested negative. Maybe, because I was at rehab and they were treating other patients, but they did take all the necessary precautions,” Nqweni said.

“I was slightly worried with the pillows because they weren’t being changed each time the patients were being changed.

"When you do your rehab work, your whole head and face was in the pillow. You still have a mask on while the therapist has gloves and a mask on. I thought at the back of my mind that they should be changing the pillow cases or something after each patient. I still wouldn’t be able to know whether I caught it there, at the pharmacy or at home because those are the only three places I’ve been going to in the past two months. Before me, there was no one who came forward with a positive test or if there was announcement. Since I tested positive, there was another positive test at the same facility.”

Nqweni, who was playing club cricket for Aberdeenshire in Scotland last year before he was struck down by GBS, said the facility followed all the necessary precautions and wouldn’t let anyone with a high temperature access the venue. Nqweni said he didn’t notice his temperature issues in the first week, but was violently sick in the following one.

“The next week, I was very ill. I couldn’t go to therapy the whole week. I couldn’t move out of bed, had nosebleeds, headaches and my eyes were sore. I had a rash that came from the inside and mouth ulcers. I wanted to go back to therapy after the second week, but I didn’t think I had Covid-19 because we were treating it with over-the-counter and I’ve never had flu since I had GBS. I went for a test the next week when the symptoms hadn’t vanished, but they were mild. I tested positive and had to quarantine.”

When Nqweni was diagnosed with GBS, he spent four weeks in ICU and five months in hospital. With Covid-19 being a respiratory disease that wreaked havoc on persons with co-morbidities, Nqweni was deemed to be high risk.

Nqweni, who last played first-class cricket in South Africa last year, said he was grateful the disease stayed away from his lungs.

GBS is a rare but serious auto-immune syndrome where the body’s immune system attacks the nervous system.

“That one week and a half, I was very sick and I’m thankful the disease didn’t spread into my lungs, which is when it becomes dangerous. That’s when people go onto ventilators and when they do so, I think only two percent of people who get onto ventilators survive,” Nqweni said.

“I was anxious about that because I’d been on a ventilator before because of GBS and it wasn’t nice. Having GBS made me more anxious of what could happen when things go wrong.”