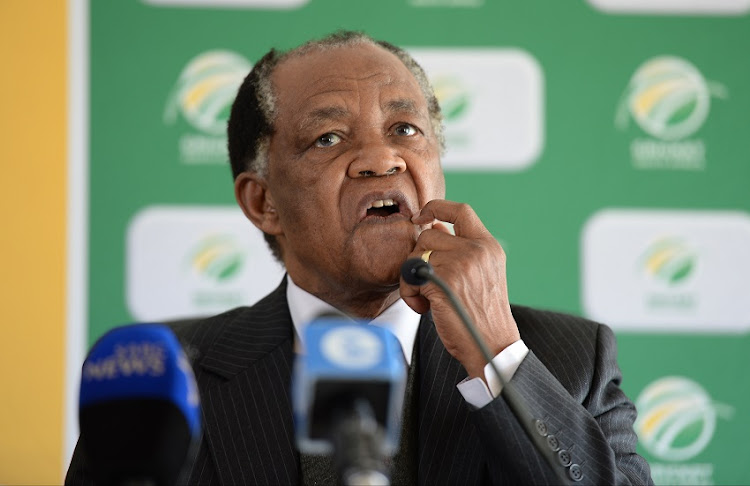 The primary objective of the inquiry was to assess whether or not transformation‚ as contemplated in the Langa Report‚ has been “substantially achieved” at Central Gauteng Lions (CGL).

The inquiry also dealt with the issue of the composition of CGL board and the veto rights by African clubs against African candidates for election to the board as non-independent directors.

In weighing up whether CGL has transformed‚ as contemplated in the Langa Report‚ Judge Ngoepe found in the negative.

“In light of all the written and oral submissions‚ my answer to the question whether the objectives of the Langa Report have been achieved‚ or substantially achieved‚ is in the negative.

“In fact‚ there has not even been a substantive achievement‚” said Ngoepe in his 60-page report seen by SowetanLIVE.

Ngoepe presented his findings and recommendations to CSA on December 13. Like they did when they appointed Ngoepe‚ CSA did not send out a media statement to publicly announce his findings until SowetanLIVE managed to get hold of the Report this week.

“In light of my findings‚ I recommend that the mechanisms (racial voting blocs) set up in terms of the Langa Report‚ that are essential for bringing about transformation should be continued with‚ albeit again for a certain period of time.”

The recommendations from Langa Report included creating a specific racial composition for the Gauteng board with Africans getting the largest allocation.

The racial voting bloc‚ in place since 2013 and was supposed to have lapsed in 2019‚ is structured such that black Africans are guaranteed of three of the seven seats reserved for non-independent directors.

The other four seats are shared equally between the white clubs and the coloureds/Indians.

The internal squabbles within the CGL have a long history with the previously advantaged (white) clubs and previously disadvantaged (black) clubs at logger heads.

Central to the long-standing disagreements is the composition of the board and the issue of transformation of the game within the CGL‚ or the lack thereof.

Some clubs believe that transformation has been achieved and that the Langa Report has served its course and should no longer apply with a new regime ushered in.

On the other hand‚ others say transformation has not been achieved at all and therefore argue the interim regime which was voted along racial lines for the past six years should continue.

It was as a result of these fundamental disagreements that CSA mandated Ngoepe to institute an inquiry.

Ngoepe cited a lack of facilities in the townships as a major dent in transforming the game in the province and said going against the Langa Report “would be premature and indeed defeat the whole objective of the Langa Report”.

“Such a board would lack credibility and would be out of step with other sporting codes in the country‚” said Ngoepe.

The retired Judge said given that the board determines policy‚ its composition is relevant to the issue of provision of facilities and the distribution of funds.

“By having board members from various groupings (of race)‚ the board would have in its midst people conversant with the challenges‚ needs etc of each such group.”

The other issue Ngoepe dealt with was the voting rights of clubs.

The issue is whether small clubs‚ as small as one team clubs‚ should‚ as it is presently the case‚ have the same number of votes as bigger clubs or whether the latter should have weighted votes.

According to the report‚ by far the majority of the clubs‚ particularly those from previously disadvantaged groupings‚ were against weighted votes.

The previously disadvantaged grouping said cricket in the province is confronted with an issue of disparity of facilities.

The grouping argued that equal rights will usher in a situation whereby access to resources would be seen to be fair and transparent.

“I find the arguments for equal voting rights weighty‚ provided that it is a mechanism towards an end; that is‚ it is an interim arrangement.

“Taking into account the submissions made‚ I recommend that the practice be retained and the relevant clauses of the MOI remain‚ or are drafted in such a way as to sustain the current arrangement.

CGL CEO Jono Leaf-Wright‚ who also made submissions at the inquiry‚ welcomed the Report and said it will outline the best way forward.

“I’m looking forward to a members’ council (membership) that is united and without any specific constituencies. I’m against groupings and splits‚” said Leaf-Wright.

CSA did not respond to questions at the time of publishing.