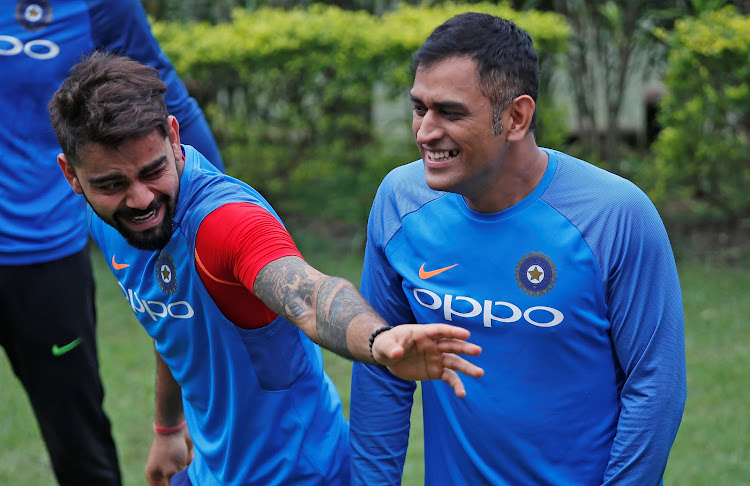 Stumper-batsman Mahendra Singh Dhoni's international career could be in jeopardy if this year's Indian Premier League (IPL) succumbs to the Covid-19 pandemic, according to former India captain Krishnamachari Srikkanth.

The immensely popular Dhoni took a break from the game after India's defeat in last year's Cricket World Cup semi-finals against New Zealand in July.

Rishabh Pant is considered a natural replacement for Dhoni behind the stumps while batsman KL Rahul has also impressed as a stop-gap wicketkeeper.

Dhoni began training with his Chennai Super Kings team for this year's IPL but the tournament has been deferred until April 15 because of the pandemic and another postponement seems inevitable.

"I am not going to be diplomatic...If the IPL does not happen then his chances are very, very bleak," Srikkanth, also a former chief selector, told the Star Sports television channel.

"In my opinion, K.L. Rahul will be the wicket keeper-batsman...I believe Rishabh Pant is highly talented. So, I wouldn't mind taking him along with the squad.

"But definitely, if the IPL doesn't happen, then Dhoni will have a difficult time getting back into the team for the T20 World Cup."

The Twenty20 Cricket World Cup is scheduled in Australia from October 18.

Former England captain Nasser Hussain felt the phlegmatic Indian still had plenty to offer and should not be forced into retirement.

"Is MS Dhoni still good enough to get in the Indian side? It is as simple as that," Hussain told the same channel.

"That should apply to anyone across the board. What I've seen of Dhoni, I still think MS Dhoni has a huge amount to offer for Indian cricket," he said.

"There are some legends of the game appreciated while around because they are once-in-a-generation cricketers.

"Don't push him into retirement too early.

"Only Dhoni knows his mental state, and in the end, selectors select and players turn up when asked to."