Australia did not go 'easy' on Kohli, says Paine 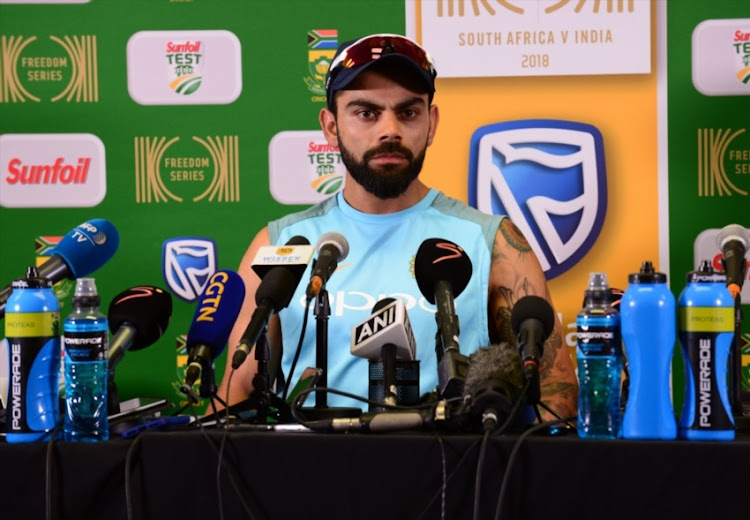 Virat Kohli of India during day 5 of the 2nd Sunfoil Test match between South Africa and India at SuperSport Park on January 17, 2018 in Pretoria.
Image: Lee Warren/Gallo Images

Australia captain Tim Paine has dismissed the suggestion of his predecessor Michael Clarke that his players went soft on India skipper Virat Kohli in their 2018-19 series for fear of losing lucrative Indian Premier League contracts.

Kohli led India to their first test series triumph in Australia on the tour, which came a few months after Steve Smith and David Warner were banned for their parts in the Newlands ball-tampering scandal.

Clarke told a local radio station this week he thought Australian cricket, reeling from that scandal, had "sucked up" to India and that some players did not "sledge" the opposition because they wanted to play with them in the IPL.

"I certainly didn't notice too many people being that nice to Virat or not trying to get him out or anything like that," Paine, who took over from Smith after Newlands and captained Australia throughout the India series, told ESPN Cricinfo.

"I thought everyone who had the ball in their hand or when we were batting were trying their absolute best to win the game for Australia.

"I'm not sure who was going easy on him. We certainly had a thing where we didn't want to provoke any fight with him because we think that's when he plays at his best.

"I certainly wasn't holding back, but again the IPL's not a huge draw for me at the moment, so I had nothing to lose.

"But anytime our guys go out and play a test match for Australia, they'll be giving their absolute all and I'm pretty sure they're not thinking about an IPL contract when they're running in, bowling to Virat."

The start of this year's IPL has already been pushed back to April 15 because of the coronavirus pandemic, with further postponements looking likely.

India are scheduled to play another four-test series in Australia at the end of the year, although a significant relaxation of government measures currently in place to control the virus would be required for the tour to go ahead.