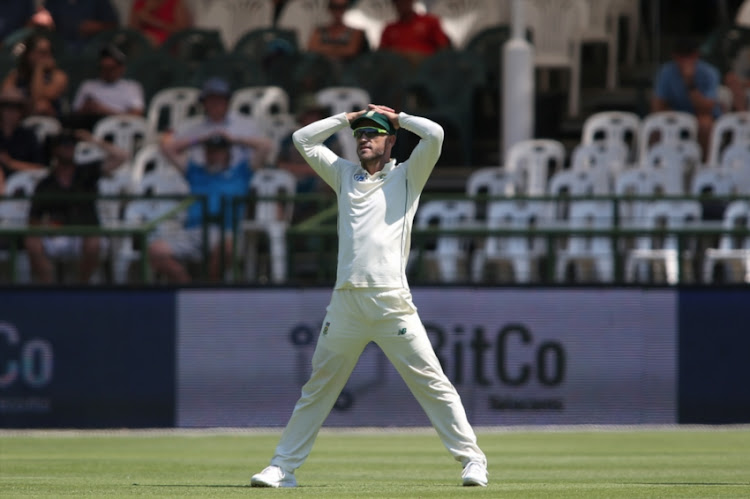 Du Plessis, who featured sporadically in SA’s chequered limited-overs summer, relinquished the Test leadership after a testing summer where South Africa lost series against India away and England at home.

In the 2018/19 summer, South Africa also surrendered their proud home record against Asian teams when they lost 2-0 to Sri Lanka. SA’s next Test engagement is against the West Indies in July. Whether that tour takes place will depend on how the coronavirus pandemic is contained.

Smith also said they would be advertising the South African Under-19 coaching position, along with that of the convener of selectors. The positions are currently occupied by Lawrence Mahatlane and Linda Zondi.

“We haven’t made any decisions around the Test captaincy. It hasn’t been a discussion point. We’ll be advertising the convener of selectors role and we’re busy sorting that out. Once that advert is out, we’ll take things from there,” Smith said.

“We’ll also be advertising the Under-19 positions and that’s the process we’re busy with. We’re drawing up those positions but that’s not stopping any of the current incumbents from applying.”

From a leadership perspective, Smith said, Quinton de Kock had done well despite the challenges he faced against England and Australia.

De Kock’s first leadership stint was the drawn T20 series against India last year, but this year he took on the full limited-overs reins when he assumed the 50-over leadership mantle.

“My expectations in regards to Quinton are on the tactical side. He’s had some challenges and we’ve introduced a number of players with opportunities being given, so that’s never easy.

“As the captain, you have to bring them together, check their strengths and weaknesses while trying to get the best out of them,” Smith said.

“He maintained his own personal performance, which was important, and connected well with the players. Having been a young and inexperienced captain, it’s about opening your mind and growing through the different challenges the job brings.

“I’ve been happy with how Quinton coped through the summer. There are areas where he’ll want and need to improve.”

SA have international down time until May when there’s a limited-overs tour of Sri Lanka while the women’s team have a date with the West Indies. However, anything that has to do with sport is highly dependent on the coronavirus.

Smith said six weeks is the minimum time teams have to prepare for an international tour. The same time frame will also inform whether a tour can take place in the current global conditions.

“The first tours are Sri Lanka (men’s) and West Indies (women), so the six-week period gives us a good timeline to be able to make decisions from a financial, medical staff and a player wellness perspective, along with the requisite training,” Smith said.

“We need six weeks to get our players fully ready for a tour and we’re reviewing on a weekly basis. We’ve started communication with the players and fitness information has gone out to the winter preparation programme participants and it’ll be their responsibility to maintain levels through lockdowns.”