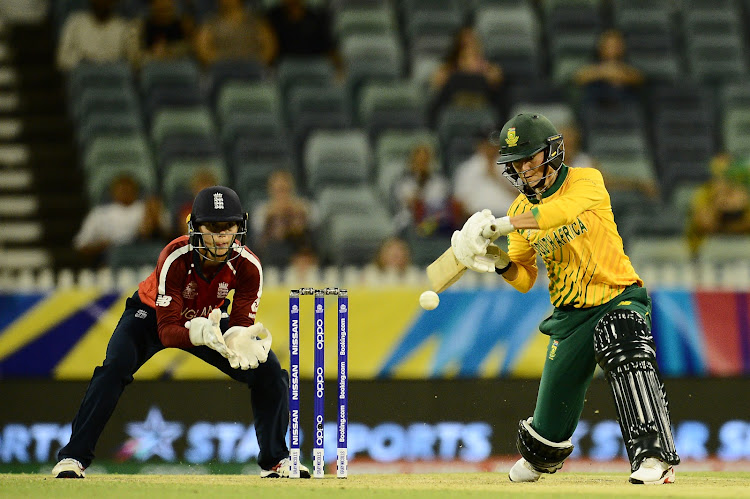 With the West Indies losing to Pakistan and England brushing aside Thailand on Wednesday‚ SA’s job of progressing to the Women’s T20 World Cup semifinals has become slightly easier.

They’ll still have to beat Thailand at the Manuka Oval on Friday‚ but Proteas all-rounder Marizanne Kapp isn’t taking the Asian team lightly.

As outgunned as they’ve been in their big losses to the West Indies and England‚ they’ve batted out their full 20 overs.

Kapp said Thailand can’t be taken lightly and they need to get over their opening game win against the powerful England side.

“They look like quite a good team on the field and they have a lot of spinners. You can’t take any team lightly in this World Cup‚ so we have to start over again‚” Kapp said.

“Hopefully‚ we can keep on improving in every game and reach the semifinals. I’m not the biggest fan of this wicket. It’s flat but I hope our batters can enjoy it.”

Kapp’s 33-ball 38 played a central role in SA’s successful chase of 124 against England in Perth on Sunday.

Her six fours didn’t allow England to settle and made sure that there was a constant transference of pressure.

Kapp said the England win more than made up for their disappointing series against New Zealand.

“It was a massive win for us. We wanted to start the tournament well and I’m pretty proud of the girls.

"We didn’t have the best of T20 series in New Zealand and to come back and play the way we did in our opening World Cup game was amazing‚” Kapp said.

"The bowling plans and the fields we set were good. Everything worked out and we hope for the rest of the tournament that we can improve on what’s been working.”

Kapp hoped that their squad would remain fully fit for the remainder of the tournament.

After Friday’s engagement with Thailand‚ they’ve got Sydney showdowns with Pakistan (March 1) and the West Indies (March 3).

“It’s good to have our strongest team here.

"It’s been a while since we’ve had a fully fit team and it’s showed in the previous games in terms of the fields we had and the bowlers’ plans. Everything just worked out for us‚” Kapp said.