South Africa's Mignon du Preez celebrated her 100th T20 match by hitting a six and a four in consecutive balls in the final over to power her team to a thrilling six-wicket win over England in the Women's Twenty20 Cricket World Cup in Perth on Sunday.

South Africa appeared in a precarious position in their chase of 124, needing 33 from the last three overs, but they managed to bring the equation down to nine from six balls.

Experienced England seamer Katherine Brunt conceded only two in her first two deliveries before Du Preez sealed the win for South Africa in the Group A clash.

Natalie Sciver's knock of 50 from 41 balls helped England post 123 for eight in their 20 overs after being asked to bat first at the WACA ground.

South Africa were going well with an 84-run stand for the second wicket between captain Dane van Niekerk, who made 46, and Marizanne Kapp. 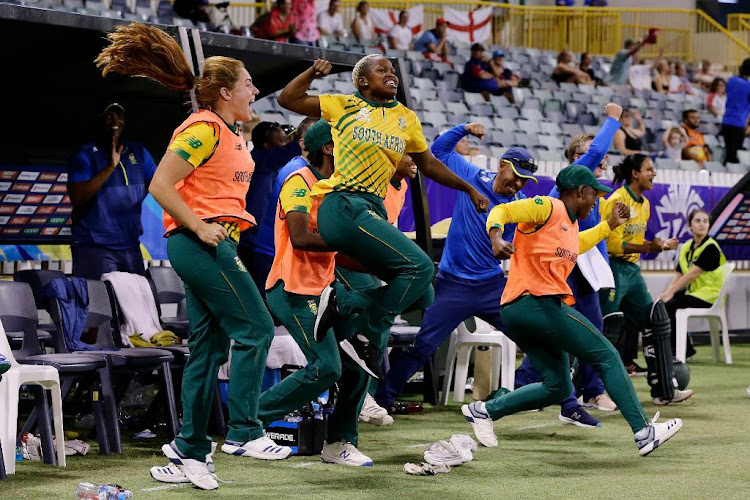 But they lost both batsmen in consecutive overs as the asking rate kept climbing in the face of clinical left-arm spin bowling from Sophie Ecclestone, who finished with 2-19.

Opener Amy Jones provided a solid start for England with a knock of 23 but they lost Jones and fellow opener Danni Wyatt in quick succession while captain Heather Knight also fell cheaply to leave them tottering at 43-3 in the ninth over.

Sciver steadied the innings, however, and hit five fours and a six before falling in the 19th over to Ayabonga Khaka, who finished with figures of 3-25.

Proteas team director Mark Boucher said they'd love to have Temba Bavuma back as soon as they can ahead of Sunday’s second T20 against Australia in ...
Sport
2 years ago

Proteas limited overs skipper Quinton de Kock doesn’t seem to be hung up over the events of that fractitious 2018 Australia tour‚ nor does he sound ...
Sport
2 years ago
Next Article