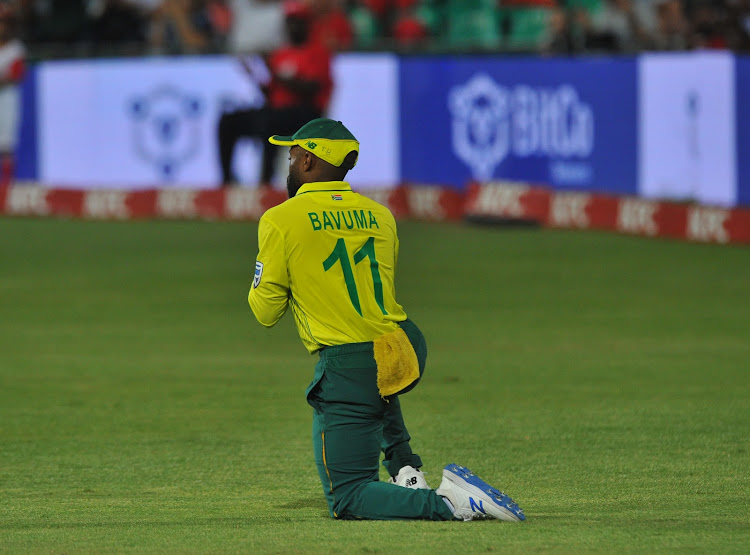 Temba Bavuma will be available in the next 10 days.
Image: Sydney Mahlangu/BackpagePix

South Africa will have to make do without Temba Bavuma’s services for Friday’s opening T20I against Australia at the Wanderers.

Bavuma‚ who’s had a seamless introduction into the shortest format and is being tried as an opener with a degree of success‚ pulled up injured with a hamstring strain he sustained while fielding in the five-wicket loss against England at SuperSport Park on Sunday afternoon.

The recommended recovery time for the injury is seven to 10 days‚ meaning Bavuma has a race to get fit in time for Sunday’s second T20 against Australia in Port Elizabeth.

With a plethora of other batsmen in the team who have eyes on staking a starting place‚ no replacement has been called up.

That means the batting pack‚ which has performed reasonably well‚ will have to be shuffled for Friday’s game at the Wanderers.

It wasn’t entirely surprising but when news broke that Faf du Plessis has quit the captaincy of the national Test and T20 teams on Monday‚ it still ...
Sport
2 years ago

The talking will continue‚ and no doubt too the speculation.
Sport
2 years ago
Next Article