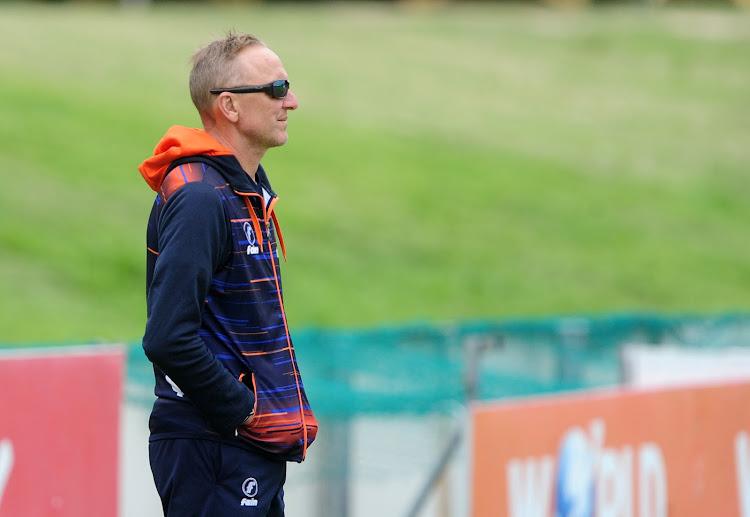 Allan Donald is back home in Bloemfontein.
Image: Ryan Wilkisky/BackpagePix

He will take over from incumbent coach Alan Kruger from Worker’s Day.

Kruger’s contract expires this year and the franchise decided to look towards a coach with international experience.

That’s what they have in Donald.

After his 2003 retirement from international cricket‚ Donald has served as a coach in various capacities. One of those was the bowling coach duties when Gary Kirsten was head coach between 2011 and 2013.

It’s been a tough two seasons for the Knights‚ who last won a trophy in the 2016/17 season when they won the Four-Day Franchise Series title.

For Donald‚ it’s a homecoming of sorts that he’s always looked forward to.

“It all began as a little boy in Bloemfontein many moons ago. That's where I went to school and learnt my game.

"I met a lot of influential people that showed me the right way and coming back now in the capacity where I can help a team move forward is something very exciting for me‚” commented Donald.

“I have wanted this coaching position for a long time and I look forward to this challenge. It is a big challenge.

"We have not had the best of seasons in the past years in terms of consistency and winning games‚ and most of all winning trophies.”

“Donald is a legend in his own right.

"He has the passion‚ the pride‚ and he lives for the people in the central region. The players look up to him and we know he will have an influence on the team‚” Van Heerden said.

Proteas coach Mark Boucher has confirmed discussions with former captain AB de Villiers over his availability for the T20 Cricket World Cup in ...
Sport
1 year ago

It wasn’t entirely surprising but when news broke that Faf du Plessis has quit the captaincy of the national Test and T20 teams on Monday‚ it still ...
Sport
1 year ago

The talking will continue‚ and no doubt too the speculation.
Sport
1 year ago
Next Article