Pitso Mosimane on Sundowns star Themba Zwane: 'He was so angry with me' 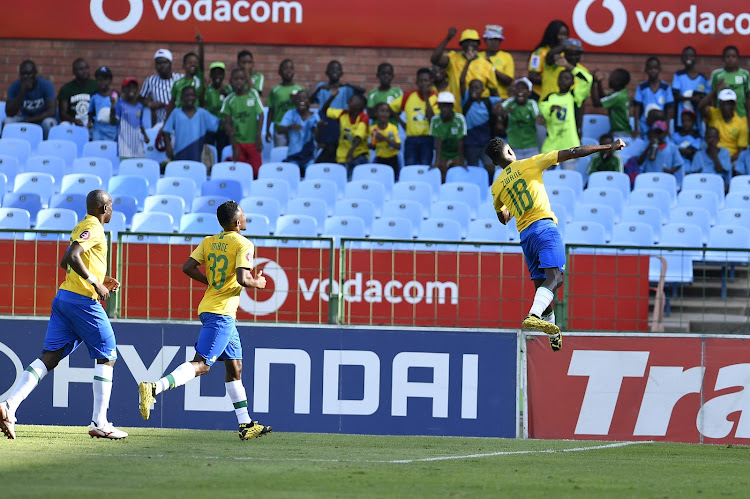 Mamelodi Sundowns coach Pitso Mosimane has offered an explanation for his decision to replace a clearly unhappy Themba Zwane in the second half of their Absa Premiership match against Chippa United on Saturday.

The Brazilians were comfortably leading 3-0 with about 20 minutes remaining on the clock when Mosimane replaced his star midfielder with Sphelele Mkhulise.

Mosimane said he fully understood Zwane’s unhappiness after his number was called by the fourth official as Sundowns was in control of the game and there were opportunities to score more goals in a game that the Brazilians won 3-0.

But the Sundowns coach said he was looking at the bigger picture when he took the decision as he wanted to keep his star player fresh for the visit of Bloemfontein Celtic on Wednesday.

“He didn’t want to come off‚ he was so angry with me but he had to come off because we have a game on Wednesday against Celtic‚” said Mosimane.

“And by the way he didn’t train on Friday because he had a tight hamstring.

"I like a player who is angry when he is substituted because he wants to play and score more goals.

"It means that he was feeling good about himself out there and saw that there were too many opportunities because we kept on missing chance after chance.

"I told him that we have a game on Wednesday against Celtic and we need the hamstring to be proper.”

Sundowns number one goalkeeper Denis Onyango also did not finish the match for a similar reason and was replaced by Kennedy Mweene after 74 minutes.

“It was the same with Denis (Onyango) who also has a tight hamstring.

"They are overloaded‚ so we had to take them off.

"Gaston (Sirino) was also supposed to come off so that he is fresh for this week but I was killed by the substitution of Onyango.”

Asked to reflect on the win over Chippa‚ Mosimane agreed that they could have buried them under an avalanche of goals.

“Let’s be honest‚ the score line is not a true reflection of the game‚" he said.

"I am not happy with the performance of my team but I am happy that we scored three goals.

"If you look at the opportunities that we got‚ in the first half we did not have the basics of finishing the ball first time.

"In SA we only have Kermit Erasmus who can finish the ball at once and doesn’t need to make too many touches.

“Our conversation rate is poor but what’s important for us is that we create chances.

"We create chances and if we don’t get it right we do corrections because you can’t do everything in one day.

"We took three chances out of ten‚ it’s unbelievable. As coaches we are never happy with everything but we scored the three goals and won the match which is good.”

Stellenbosch FC coach Steve Barker praised a growing maturity in his squad as the PSL new boys dispatched SuperSport United on Friday to move into ...
Sport
2 years ago

Chiefs’ coach Ernst Middendorp and his new Pirates counterpart and countryman Josef Zinnbauer have met and become friends, they say, playing down any ...
Sport
2 years ago
Next Article