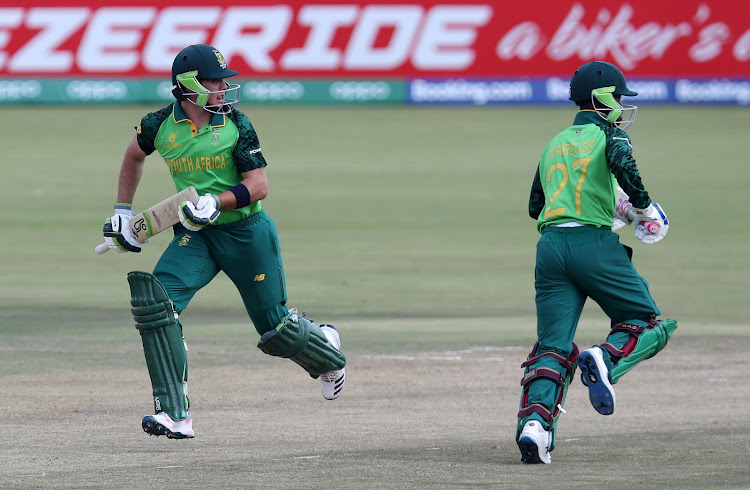 Spin was again at the heart of South Africa's sad but expected batting woes as the Under-19's slid to a 104-run defeat that ended their Super League quarter-final participation in the ICC Under-19 Cricket World Cup.

Bangladesh, who were given first use of a flawless JB Marks Oval surface by Bryce Parsons, totalled 261/5 in their 50 overs.

In being bowled out for 157 in 43 overs, South Africa never got close at any point. Yet again, spin was against their krypton.

Left-arm spinner Rakibul Hasan (5/19) was the chief destroyer as SA's batting again melted like Swiss cheese in an oven when confronted with a spin threat against an Asian Test side.

Bird, who had a trapped for him set at short mid-wicket, picked out Shamim Hossain (1/36) while Parsons was bowled through the gate.

When those two Southpaws, critical batting cogs in South Africa's not so good batting machine fell, they were 59/3 in the 16th over.

Only Luke Beaufort (60) had the requisite fortitude and skill to deal with Bangladesh's army of spinners and skilled pacemen as wickets fell around him.

Jack Lees (17) got in, but skied skiddy left-arm paceman Shoriful Islam (1/28) to Sakib at fine leg.

Tyrese Karelse (four) chopped a Sakib ball onto his stumps while Pheko Moletsane (one) was stumped smartly stumped by Hossain Emon off Rakibul, who then trapped Tiaan van Vuuren (nine) plumb in front.

Impressive 50's from Tanzid Hasan Tamim (80), Towhid Hridoy (51) and Shahadat Hossain (74*) powered Bangladesh's formidable total. Tanzid, a well-measured southpaw, shared partnerships of 60 with Emon (17) and 57 with Hridoy to give the visitors a reasonable platform.

The stand that stretched the game away from the visitors, who were let down by sloppy fielding, was between Shahadat and Hridoy.

The right-handers were untroubled in their 102-run partnership. They accumulated and accelerated without much fuss, dealing with the pace and spin threats posed by the hosts.

Emon was trapped in front by Moletsane (2/41) while Mahmudul Hasan (three) was smartly run out by Mondli Khumalo.

Tamim was on course for a 100 before he picked out Beaufort at point off Van Vuuren (1/46).

Then came the match-shaping and winning century stand between Shahadat and Hridoy that was the difference between the teams.