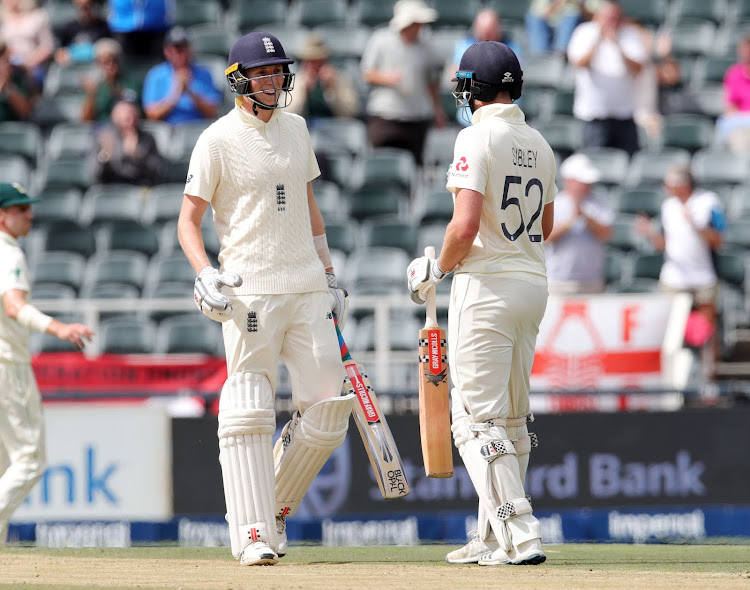 Barely half the opening session had passed when the obvious was made even more apparent here on Friday.

England had reached tea on 100 without loss after their captain Joe Root won the toss and elected to bat on a day in which the morning session was lost due to rain and a wet outfield.

Well before tea‚ it was clear that the hole left by Kagiso Rabada in the South African bowling ranks‚ cannot be easily filled.

Of course no one could reasonable expect to replicate Rabada but it would have been cause for concern in the South African camp‚ that whatever bowling roles were assigned‚ very little‚ if any were acted upon in the opening session.

Rabada who is serving a one-Test ban is due to surface in Bloemfontein where the South African u19 team is set to meet the United Arab Emirates in their World Cup pool match on Saturday.

His presence here however would have been far more desirable as the South African bowlers‚ one is hesitant to call it an attack‚ failed to put the hard‚ shiny new ball to good use. Rarely did the ball beat the bat under at times leaden skies‚ in the opening hour.

In conditions that were anticipated to aid Vernon Philander‚ the retiring swing bowler’s opening burst lacked the penetration and the nagging accuracy‚ which for so long has been his trademark‚ deserted him.

To add insult‚ after he changed ends to the Corlett Drive side‚ he had Dom Sibley smartly caught in the gully by Temba Bavuma only to be no-balled.

Sibley’s opening partner Zak Crawley‚ who is not as compact and tight as you’d expect most England openers to be‚ was typically assertive.

He tried to bunt Beuran Hendricks’ first delivery in Test cricket through midwicket but was hit on the upper right leg.

That he meant business was clear towards the end of the fifth over when he gloriously drove Philander‚ who is at exactly the opposite end of his Test career compared to Hendricks‚ towards the Centenary Stand for four.

In Philander’s next over Crawley again went onto the front foot and drove the ball straight back at Philander who had to fend away the speeding ball. Later in the over a wide half volley was caressed through the covers. The batsmen were completely untroubled until Anrich Nortje‚ who is carrying a niggle‚ pinned Crawley on the helmet.

By then Crawley had sped past 50. He reached his maiden Test half century off 80 balls with nine fours. Crawley had reached 57 and fellow opener Dom Sibley 39 when the bails came off for tea.