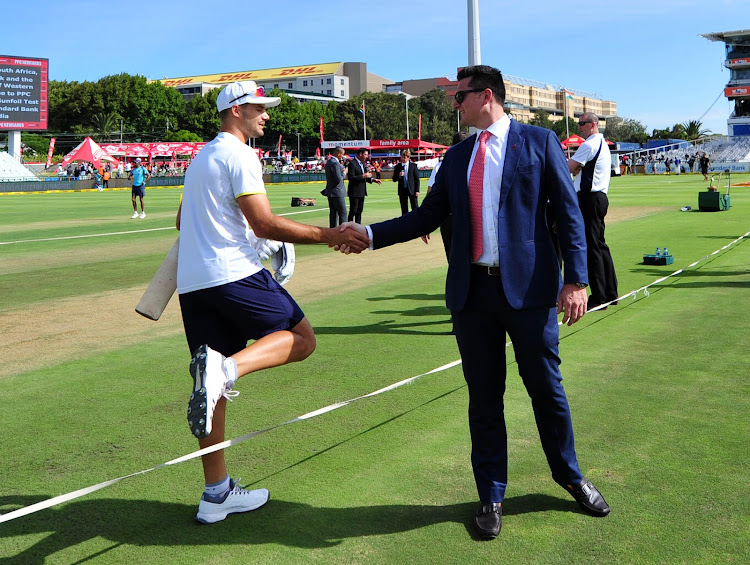 Although hundreds of millions have been spent to advance talent development and transformation‚ Graeme Smith concedes that maybe the money could have been better spent.

On the eve of South Africa’s final Test against England at the Wanderers‚ Cricket SA’s (CSA) director of cricket fronted prickly questions about transformation in the sport and typically Smith didn’t waste time getting on the front foot.

“CSA has spent hundreds of millions in the last few years. It probably hasn’t generated the number of quality players that we want across board.

"Maybe we can look at being more strategic‚ having more mentor programmes‚ and we need to ask how we scout talent and how we bring people through in the short term. There are a lot of elements to this.”

The composition of the Test team has been the topic of hot debate in the series against England‚ with many bemoaning the fact that Kagiso Rabada‚ almost 30 years after unification‚ is the only black African in the side.

“In the Test series there has been a bit of emotion‚” Smith acknowledged.

“We are new in the job. Let’s get working‚” he said with mildly less assurance before reverting to his trademark assertiveness.

“I’m not asking for patience. I’m new in the job. The one-day squad we picked‚ I think is very progressive. Those players have performed well domestically and are being given an opportunity.”

Part of a broader debate is the country’s paucity of quality young batsmen‚ particularly in the longer formats. Within this anomaly black batsmen struggle to rise to the top.

“It is a huge problem‚” he said with an audible sigh.

“I don’t think we can rely on the system in the short term to just spit people through. It will have to be a longer term approach. We maybe need to look at mentor programmes‚ scouts.

"Maybe more camps where we identify players. Those are short term things that can help us bridge the gap to bring batters through.

“We need to get better people in that can help‚” said Smith.

On that score‚ Smith wasted little time in reminding that the contracts of those involved with the SA u19 will expire after the u19 World Cup currently in progress.

Some of the dramas CSA have encountered in recent times have been self-inflicted. Smith concedes the organisation hasn’t always been effective in getting their message‚ especially around transformation‚ across.

Their successes he believes go unnoticed but admitted there have been times in the recent past where statements emanating from the Proteas camp have proved counter-productive.

“We always want to be better in the way we communicate. For too long it has probably lacked a bit of direction and leadership. Also people have come into positions quickly and don’t have all the information. It is going to require a little bit of patience to get there.

“All of us are on board in where we want to take this team. We are never going to be able to control every element. Guys get nervous and tense in press conferences and they need to learn. We can’t expect everyone to be the finished article all the time.

“I wasn’t always so eloquent.”