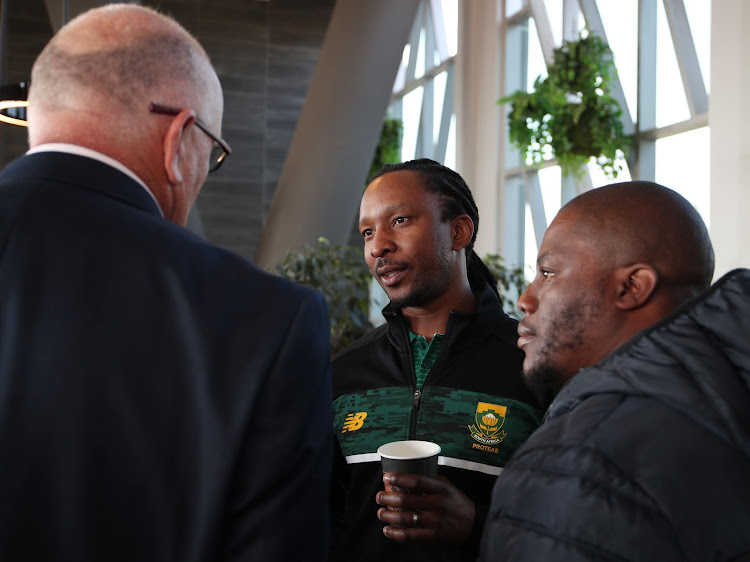 SA Under-19 team's high performance consultant Malibongwe Maketa has warned that Canada cannot be taken lightly when the South Africans face their next opponents in the ICC Under-19 Cricket World Cup on Wednesday.

The North Americans face SA at the JB Marks Oval in Potchefstroom and Maketa's warning comes just days after the hosts' discomforting performance in the opener against Afghanistan.

“At age group level‚ there's never an easy team because you have to deal with what you have in a specific cycle.

"We've seen with Canada in that they've got quality players and they're also going to spin against us‚” Maketa said.

“We're making sure that we're ticking every box going into the game and we're looking forward to seeing the growth from the guys in terms of the first game.

Both sides were on the receiving end of opening game defeats to Afghanistan and the United Arab Emirates.

Canada actually batted far better in their game against the UAE than South Africa did in their seven-wicket loss to Afghanistan in Kimberley.

Firstly‚ Canada batted their full 50 overs in making 231‚ but a 100 from Jonathan Figy meant that the UAE cakewalked the chase with more than 10 overs to spare.

That's better than SA's poor return of being bowled out for 129 in 29.1 overs‚ with Afghanistan needing exactly half of their 50-over allotment to hunt down that target.

The opening Group D results mean SA are bottom of the log on net run-rate.

They have to win big on Wednesday and hope that Afghanistan crush the UAE in the concurrent game to keep their hopes alive.

Maketa said they'll need to boss the game very early as there is a lot at stake.

“The game is very important and it's one of two must-win games.

"That's the nature of the competition.

"It's important that we start well against Canada in all disciplines‚ whether we are bowling or batting.

Having dropped down from the senior men's national team after a difficult 2019 in all formats‚ Maketa has a good idea of what disappointment is.

However‚ he said Saturday's loss was a tough one to deal with‚ but they are still confident of progressing to the Super League stage.

“It was a hard pill to swallow because the guys prepare really well.

"We knew that first game was going to take a lot out of us in terms of its significance and the occasion.

"From a performance perspective‚ it was disappointing. We did get stuck against spin‚ which was something we worked on‚ so there's a lot of lessons we need to take‚” Maketa said.

“There's a lot of cricket that must be played in the tournament so I'm confident that we can still go to the next round.”