Rabada surprised by ban, sorry for letting team down 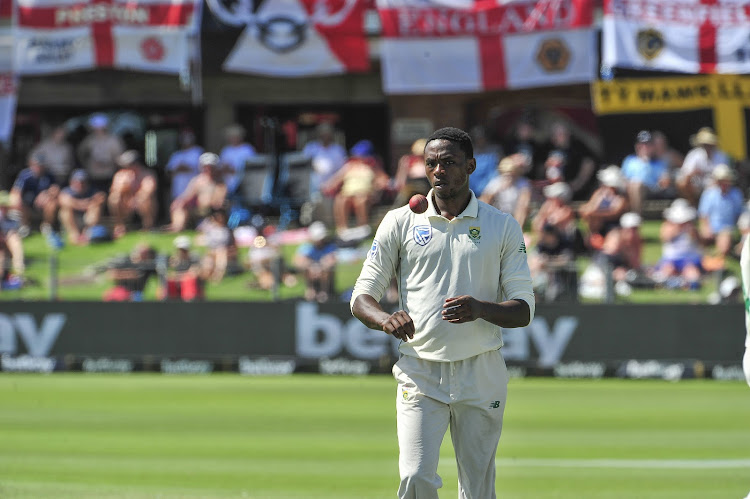 Kagiso Rabada of the Proteas on day 1 of the 3rd test during the International Test Series 2019/20 between South Africa and England at St Georges Park in Port Elizabeth on 16 January 2020.
Image: © Deryck Foster/BackpagePix

South Africa paceman Kagiso Rabada says he was surprised to be sanctioned for his exuberant celebration of Joe Root’s dismissal in the third test against England but knows he cannot keep letting his team mates, and himself, down.

Rabada was handed a one-match ban by the International Cricket Council, ruling him out of the last match of the four-test series, which starts in Johannesburg on Friday.

His absence is a serious blow to South Africa’s hopes of levelling the series after a heavy defeat in the third test at Port Elizabeth on Monday left them trailing 2-1.

Rabada’s sanction related to an incident on the first day of the test last Thursday.

After bowling out Root he ran down the pitch, went down on his haunches, clenched his fists and roared into the ground – all under the nose of the England captain.

The umpires reported him to the match referee at the end of play and he was handed one demerit point and fined 15% of his match fee after being found guilty of breaching the ICC’s code of conduct.

It was his fourth demerit point in a 24-month period, triggering a one-match ban. “It was something I didn’t expect,” Rabada said on Tuesday.

“Whether it was the right thing to ban me or the wrong thing, the reality is that I’m banned.

“It cannot keep happening because I’m letting the team down and I’m letting myself down. That’s why it hurts so much but it gives me a chance to work on my game and a chance to have a bit of a rest.”

Rabada, fourth in the ICC’s rankings of test bowlers, said he was confident South Africa could level the series without him, but little has gone right for the home team, with the ban just one of several setbacks.

“We haven’t done ourselves any favours, it feels as if we are always chasing,” he added.

“We’ve played long enough to know how to get out of a slump but it’s difficult. There is more pressure, we just have realise our strengths and trust our ability and play the way we know how.”