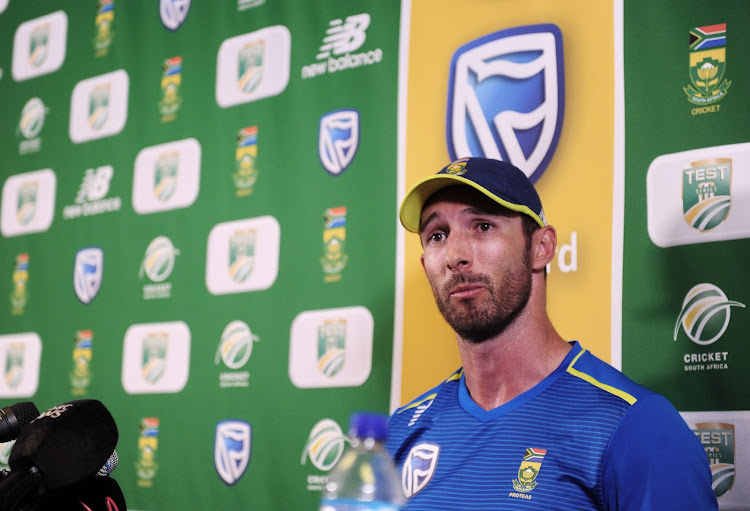 The humble‚ yet gritty Proteas opener Pieter Malan has been around long enough to understand the subtle‚ but glaring difference between pressure and privilege.

Having grinded his way through semi-professional and franchise cricket on his way to his Test debut against England at his beloved Newlands home ground‚ the 30-year-old from Nelspruit didn't allow himself to get carried away by the moment of having to deal with the visitors' quality bowling attack and the Barmy Army.

At some point‚ Malan said he felt like he was in a video game.

“Somebody asked me earlier about the feeling of being out there and whether I was under pressure.

"It's not pressure‚ it's privilege. Pressure is when you're playing in a semi-pro game where nobody is watching and you're fighting for your career‚” Malan said.

“Being out there with the Barmy Army and Jimmy Anderson running in‚ it felt like a video game at some stage.

"It was unbelievable and I felt very privileged to be in a position to fight for the team‚ bat long and just be there for the team.”

Whether Malan‚ who played in 148 first-class games before his debut‚ was more disappointed with his first or second innings dismissals.

However‚ he said the first innings shot he played to get out early wasn't out of his cricket text book.

He more than made up for it in the second innings with granite spine of six-hour‚ 288-ball 84 that ultimately went unrewarded as the senior batsmen inexplicably lost their heads when all they needed was to bat out time.

“That shot I played in the first innings was so out of character‚ it was ridiculous. I think it was probably a bit of Test match debut nerves.

"Maybe it was a case of taking in the situation too much and I ended up sparring at the ball that I shouldn't have played‚” Malan said.

“In the second innings‚ I tried to knuckle down and play in the way that I normally do and that really did seem to work better.”

In Ashwell Prince‚ Malan has a franchise coach who's schooled in the dark but highly rewarding art of salvage batting in the middle-order.

While Prince was more than capable to stand alone as a batsman of the highest class in any situation‚ he was often at his best when the chips were down as the glue between Hashim Amla's growing excellence as a number three‚ Jacques Kallis's established class and AB de Villiers' developing show stopping ability.

Prince is the kind of batsman SA would kill for at the moment‚ but he's been the oxygen that's provided the life to Malan's batting lungs.

“Ashwell has been massive in my career. He gave me my chance at franchise cricket.

"He's played over 60 Tests with an average over 40‚ so when he tells you something‚ you listen.

"Like Faf du Plessis said earlier‚ he's lived and done it and he's not making it up as he goes along. He's a fantastic coach‚” Malan said.

With biceps so big and calves so broad‚ they could be mistaken for assault rifles and anti-tank grenades‚ Malan's content with the long road he's taken to the national team.

It's not often 30-year-old's get international bows in South Africa‚ but Malan said the cricket path he's taken has allowed him to appreciate and respect the game.

“I don't think I did myself any favours when I was younger. I took a lot of stuff for granted and I didn't really put in the hard work that in hindsight I needed to put in.

"It's also a matter of opportunities‚ them being limited and me not taking them.

"It's been a long road‚ but it's one that I'm glad that I've taken because it's made me a better cricketer and person‚” Malan said.

“It's made me appreciate playing for the Proteas and being in this environment.