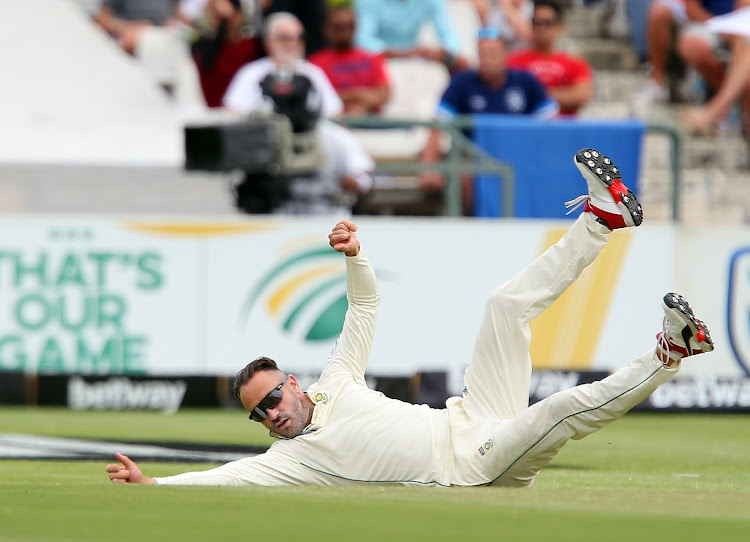 In light of Cricket South Africa stating that they're in support of four-day Test cricket‚ the Newlands Test gave that notion the middle finger with a five-day Test of the ages that went down to the final hour.

Proteas captain Faf du Plessis was far more diplomatic‚ but said he understood why boards would agree to four-day Tests.

However‚ he's from a match-saving school where games went the full 15 sessions without the game having a conclusive result.

A report in the Daily Mail said CSA would oppose a motion to endorse four-day cricket‚ but CSA vehemently denied it.

Two of those games were Adelaide in 2012 and Johannesburg the following year against Australia and India respectively where he made contrasting‚ but unforgettable tons in legendary matches.

“You have to ask CSA as to what their opinion is but in mine‚ I'm a fan of Test cricket going the full five days.

"The great draws of the game have always gone the full five days.

"I'm not speaking on the other stuff that goes into four-day cricket and I understand there's a lot of money being burnt on day five because of many games not going the distance‚” Du Plessis said.

“There'll always be an opinion for both and people will sit 50/50 on it.

"I'm a purist of the game and I've been part of many great draws that went five days and this game was no different. There definitely wasn't going to be a result in four days on the pitch we played on.

“It's still special when you've got Ben Stokes running in on day five while he's shattered from bowling a long spell and we're just trying to survive.

"That for me is what makes the extra day so special‚” Du Plessis said.

When England captain Joe Root answered an earlier‚ unrelated question‚ part of his response was:”It was a great game of test cricket and a great advert for five day cricket.”

However‚ his employers are at the forefront of the proposal for four-day Tests and he was far more guarded when the question was posed to him directly.

“I like five-day Test cricket. I'll leave it at that and I don't want to get into trouble‚” Root said.

At the end of the day‚ Du Plessis was disappointed‚ but was pleased with the steps the team have taken in the past two Test.

He was especially impressed with Pieter Malan's 84 that went a long way in pushing the game deep into the fifth evening.

“That's what's needed for us to move forward from this phase that we've been through as a Test team that's going through change.

"There's been guys stepping into shoes and doing well straight away‚ and that's been something that's happened through the years‚” Du Plessis said.

“I got an opportunity and I did well straight away.

"You need guys to come through during a transitional period and say 'Hey‚ I want to make this spot my own.'

"The way Pieter played this Test‚ it's like he's been around.

"That's really pleasing and positive for us that as a Test team‚ we still have a lot of players who can come through the domestic game and perform.”