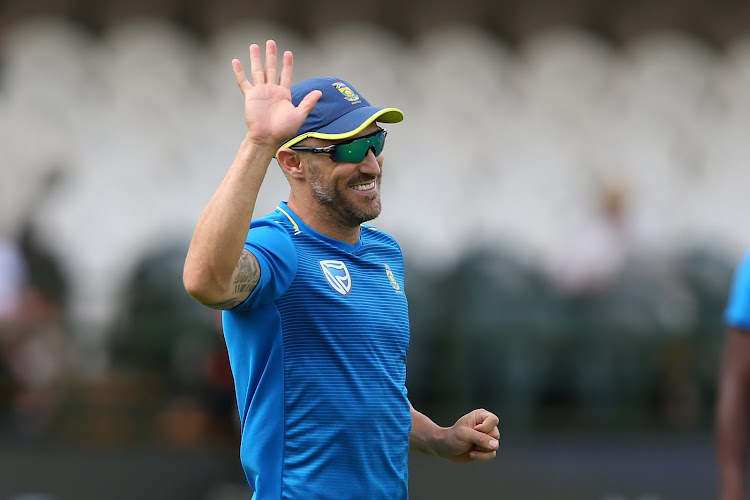 Proteas captain Faf du Plessis admitted that his false shot before the lunch break was a big factor in the team eventually losing the second Test in Cape Town.

England won the game deep in the final hour with only nine overs left‚ but Du Plessis's stinker of a shot off Dom Bess that landed in Joe Denly's lap set the team back with a crucial wicket at a critical juncture.

The wicket fell 24 minutes before lunch and left South Africa with a new batsman just before the interval.

There also was Quinton de Kock's brainfade where he tried to pull Denly over a packed in field‚ only to pick out Zak Crawley at short mid-wicket.

The field had been brought in to force a wicket and test De Kock's ego.

The wicket-keeper had played a self-denying and selfless 50 that came off 103 balls‚ but that one moment undid his hard work. His was the first wicket to fall after tea.

England took their time to take the remaining for wickets‚ but they did so nonetheless.

“In hindsight‚ with everyone around the bat with square-leg and mid-wicket up‚ it was to probably go over the guy because there was no one on the fence‚ but to sweep it in between the two was a mental error at that stage‚” Du Plessis said.

“When you have a few guys around the bat and the ball is spinning out of the rough‚ you try to manipulate the field a bit by getting the fielders away from the bat and play normally again.

"In that situation‚ all we needed was for me to drop anchor and I suppose it was the same for Quinton. They were going well there and felt like things were under control.”

“To give England two wickets on a pitch that was still good was probably going to be the difference at the end of the day.”

Du Plessis admitted that their batting still remains a work in progress‚ but felt they more than held their own in a pressurized environment.

While they were eventually bowled out for 248 after making 223 in the first innings‚ Du Plessis said their mental application and the contributions from junior players like Pieter Malan and Rassie van der Dussen showcased the depth of character and talent.

“From a batting unit perspective‚ if you look at where we were two months ago‚ where we were very weak mentally in India and where we exploded very quickly.

"On days four and five‚ there were opportunities if we were weak mentally to go in a similar direction and we didn't‚” Du Plessis said.

“It's just about improving as a young Test team and making sure that we are getting better. Sometimes you'll still lose while improving and that's been the case for me in the past two days.

"As a batting team‚ I can take confidence from the likes of Pieter Malan playing well and Rassie dropping anchor‚ doing what the team needs.

"There were some good signs from a batting point of view. There's still a lot of room for improvement but yes we're still improving.”

Du Plessis though felt they should have capitalised on their various positions of strengths at different times of the game.

In the first innings‚ they had England down on the mat at 234/9. Ollie Pope led the charge with a 34-run last wicket stand that changed the shape of the game.

Then there was the second evening collapse from 157/3 to 215/8 that pretty much settled the outcome of the game.

“You always look at situations where we think we should have been better in some positions.

"We can look at it from a holistic point of view of putting the England team under pressure and batting for as long as we did on a day five pitch‚” Du Plessis said.

“You're not going to have a perfect batting performance every time when you play. We made one or two mistakes and we know what those mistakes were‚ but that's Test cricket. It's about pushing each other mentally until one breaks.”