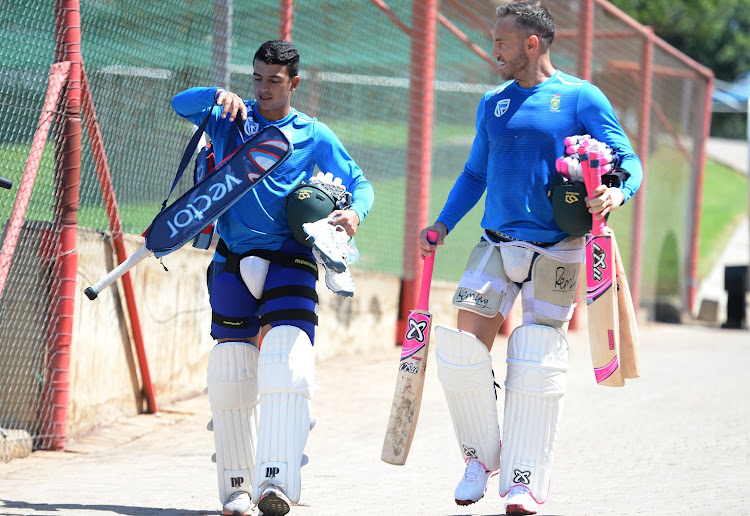 Proteas captain Faf du Plessis has given the thumbs-up to the recent managerial shake-up at Cricket South Africa (CSA) and in the coaching structures of the senior national team.

Charl Langerveldt has joined as bowling consultant, Paul Harris as spin consultant, while Justin Ontong and Enock Nkwe have returned as fielding and assistant coaches respectively.

“We have remained strong with the mess of the last while. I feel now with all the stuff in place I can trust the system, the leadership groups and just enjoy playing cricket,” he said.

“I did overburden myself with all the stuff that’s been happening when I felt it was required of me but I have definitely felt the difference over the last week with conversations that I have had with Jacques Faul, Smith, Kallis, Boucher and even with Enock Nkwe.

Proteas batting consultant Jacques Kallis is not looking at implementing major changes‚ with a focus instead on putting forward fresh ideas on how ...
Sport
1 year ago

“We are definitely going in the right direction. If you look at all the stuff that has been happening recently, the culture in the team is very strong — you haven’t seen any issues with the players.”

Looking ahead to the four-match Test series against England, which starts on Boxing Day in Centurion, Du Plessis said South Africa are optimistic.

“I think as a team we are more optimistic than we have been in a while because there were a lot of challenges over the last six months. We haven’t played the best cricket as a team and there has been a lot of stuff that has been happening off the field,” he said.

“We aren’t as prepared as we would like to be as a Test team, but what is important is that things have changed over the last two weeks.

“As players we are always judged on performances and only time will tell, but what is important is that we focus on getting the right people in the right places.

“I feel that has happened now. We have a very good coaching and management staff right now.

“In the Test team when you don’t have the experience in the players, you need to substitute that inexperience of players with experienced management.

“When we went to India I felt that was very tough on Enoch to go to that tour and be judged on that. Even if you are the coach of the world, you will struggle to go to India and do well and that was a very tough gig for him.

“I have found that what is exciting is that we are keeping him in the system and he brings experience to the team. I feel that right now what we needed as a team is the experience of a group of players and experience with the leadership.”

Former Proteas assistant coach Malibongwe Maketa is facing an uncertain future and has admitted that he has no idea whether he still has a role to ...
Sport
1 year ago

Jacques Kallis makes a return to the Proteas

The Proteas coaching unit has been finalised ahead of the first Test against England in Centurion next week with the appointment of former ...
Sport
1 year ago

And so the bumper Test season is upon South Africans‚ with England already engaged in a warm-up game against a Cricket South Africa XI in Benoni.
Sport
1 year ago
Next Article