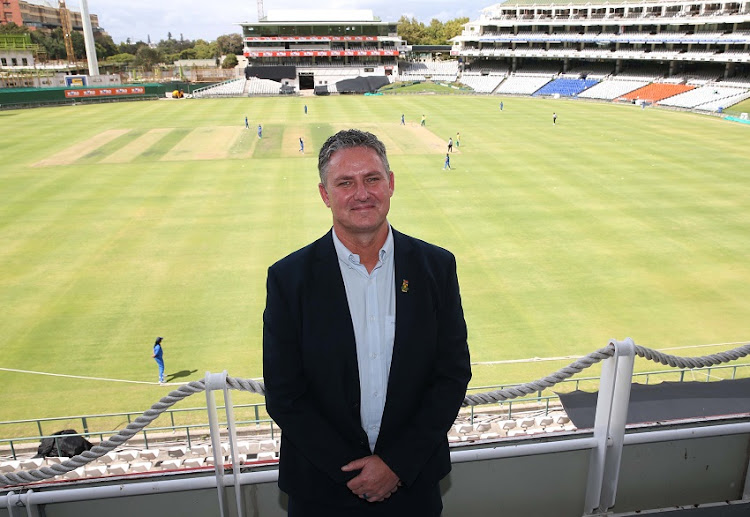 For the second time in his 17-year career as a chief executive he has had to step in at a time of crisis at CSA and it doesn’t get any easier.

He said this time is worse than in 2012 when the Proteas and cricket’s coffers were in far better shape.

He has been in charge for a week and a half but conceded that “it feels like four months”.

While there have been some casualties during this crisis‚ most notably suspended former chief executive Thabang Moroe‚ Faul admitted that trust in the sport would not return unless confidence is restored.

They are not there yet‚ and although there have been calls for all CSA’s board members to resign‚ Faul sagely pointed out that may not be the panacea to the stricken organisation’s ills.

Cricket’s governing structures may have to be altered at its core before things get better.

“I guess part of the problem is the two-tier governing system‚” said Faul.

“Say the board gets removed‚ you are actually just getting rid of the independent directors.

"The rest will go back to the member’s council which is one level below.

"Whatever you then appoint reports to the member’s council. It will be the same people.”

And therein lies the rub.

The bad apples are likely to remain in the system.

SACA and some sponsors have made it clear they want the board out and now some affiliates have belatedly joined the chorus.

“There is a clear division in the various affiliates about the way in which this needs to be dealt with.

"It could also be an indication that at affiliate level people are still unhappy.

"They don’t think this is sorted‚” Faul noted.

The timing of the crisis doesn’t help either.

Faul is eager to start building bridges but has been left frustrated.

“What didn’t help us much is that corporate South Africa closed down around the 13th of December for the holidays‚” he reminded.

Not having an audience with sponsors may not be the worst thing for CSA as they try to get their house in order.

“We need to sort out a lot of things before we go back to them anyway‚" he said.

"They have been very public about what they think we need to do.

"Engaging them is one thing‚ giving them something tangible to say that we have improved the situation is another.

They also need to get the players back onside.

“We also met with the Saca. We had a meeting as a board reviewing the domestic structure.

“At least we are talking with the players’ association.

"There is at least interaction on a weekly basis.

"A lot has been done in a week and a half just to provide a bit of structure."

He said an independent audit of the organisation would commence next month.

“That is how we are going to get credibility‚ if you get an independent review. We’ve learnt a little bit. In the past we did that ourselves‚” said Faul chuckling.

“You also have to understand the full scope of the investigation. The management review would be of the board and the CSA exco.

"The decisions they’ve made. Out of this review it is my understanding will be determined whether the board stays on of whether they’ll be leaving.”