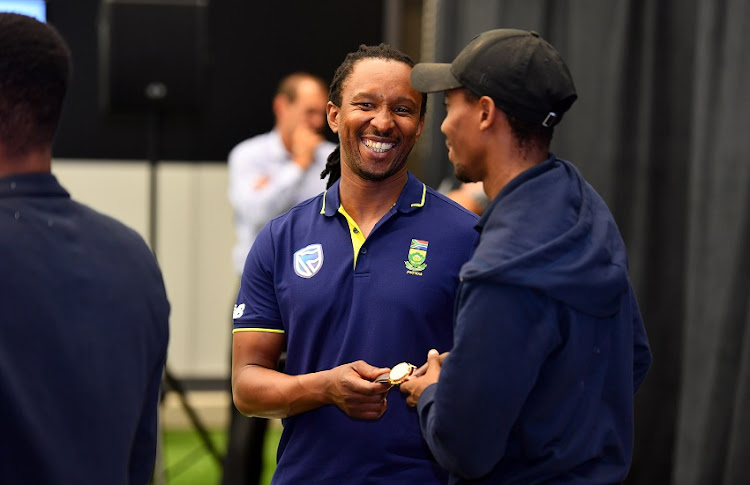 Former Proteas assistant coach Malibongwe Maketa is facing an uncertain future and has admitted that he has no idea whether he still has a role to play at Cricket SA.

Maketa‚ who took charge of the CSA Invitation Eleven that drew their two-day warm-up game against England in Benoni‚ was part of Ottis Gibson's coaching group that had a less than desirable 2019.

Justin Ontong‚ who was the fielding coach‚ was the only one who's returned under the new dispensation of acting director of cricket Graeme Smith and team director Mark Boucher.

Maketa‚ who will also assist Cape Cobras coach Ashwell Prince with the South Africa A side that will assemble on Thursday in preparation for the three-day First-Class game against England in Benoni starting on Friday‚ said he would meet with Smith to get clarity about his future.

“There's no certainty at the moment.

"I'm on the job lookout and hopefully something will come up soon.

"I'll be chatting to Graeme during the first day of the South Africa A game just to find out what's the plan‚” Maketa said.

"Last time I checked‚ South Africa A had a full time coach in Russell Domingo and when he left‚ I was assisting in that role.

"I don't which structure we're at right now and up until those things are cleared out and explained‚ I still need to find out.”

While there are a number of interim franchise coaching positions up for grabs as the Titans‚ Lions and Warriors are without permanent head coaches‚ Maketa said he'd be open to an overseas coaching position if the opportunity would present itself.

Boucher (Titans)‚ Enoch Nkwe (Lions) and Rivash Gobind (Warriors) have taken up international opportunities‚ something Maketa is grateful for through his stint.

“Beggars can't be choosers‚ so it would be nice if something comes out from an international perspective.

"To be exposed in a different system isn't a bad thing.

"It'll also help me grow in so many ways.

"I have an open mind in terms of where I am at the moment‚” Maketa said.

“You could never turn down an international experience and for that reason‚ I always sleep soundly because I got exposure and what international players are all about.

"It was a worthwhile experience for me.”

Maketa said the SA A may find the going a bit tough against an England side that got a chance to stretch its legs.

After a six-week Mzansi Super League tournament hiatus‚ the majority of SA domestic system returns to red ball cricket on Thursday with three and four-day games taking place around the country.

Maketa was also please with how the CSA IX handled themselves against England.

In response to England's 309/4‚ the CSA XI was bowled out for 289 20 minutes after tea‚ giving England 68 overs of bowling practice.

“It's not going to be easy.

"When there's no red-ball cricket‚ it takes a lot out of you in terms of the playing demands.

"You can't replicate that in net sessions.

"It's important that guys spend time on the field and do the dirty work.

"With the intensity of the game‚ the guys will be up for it‚” Maketa said.

“I was pleased‚ considering the fact some of these guys haven't played competitive cricket for over a month because of the MSL.

"For them to have delivered the way they have is pleasing.

"England have world class players and I don't think they go out of second gear.

"Their intensity wasn't quite there but they'll be a different kettle of fish for the SA A game.”