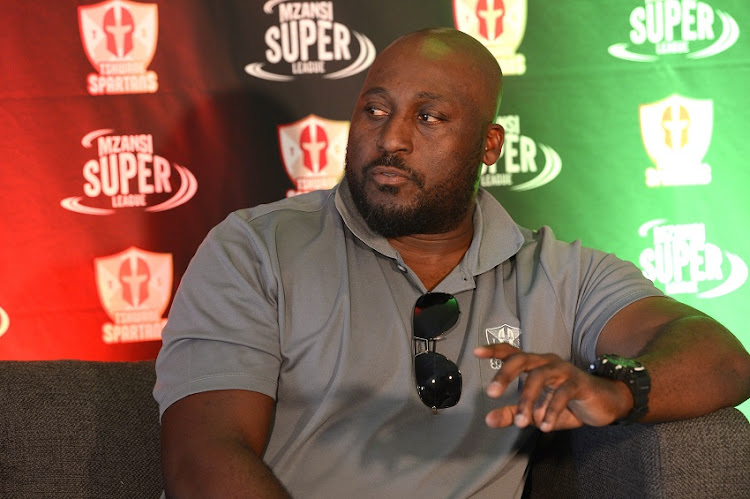 Mandla Mashimbyi’s first assignment as the interim Titans head coach is not going to be an easy one as the Centurion-based franchise head down the N1 to face the Lions.

Mashimbyi‚ an excellent coach in his own right‚ has replaced Mark Boucher‚ who has moved up to the Proteas as the team director.

The four-day Franchise series resumes on Thursday with a full set of matches with the Lions hosting the Titans while the Cape Cobras move their four-day game against the Knights to Paarl.

With Kingsmead seemingly no longer the Boxing Day Test hosts‚ the ground will have to make do with the Dolphins/Warriors match.

Mashimbyi isn’t about to be making major changes in what’s going to be a critical week in SA cricket.

“There won’t be major changes in how things are done‚ it’s more about the players and making sure they tick all the boxes. I’m really looking forward to working with the boys and serving them as head coach‚” Mashimbyi said.

“I’m the type of coach who’s drawn to a person’s potential more than whom I see in their current state‚ so my goal is to get players to reach their potential and hopefully the guys understand and respond well to that.”

While there are coaching changes left‚ right and centre‚ the bigger view is the happenings at the Wanderers and the shape Aiden Markram will be in.

The opener‚ who struggled in the most recent Test series and injured himself in the Proteas‚ was named in the Proteas Test squad for the first two Tests.

Having not played any cricket since October‚ the opener is in dire need of game time.

Markram has been named in the Titans’ squad for the Lions game‚ an indication the wrist he fractured in India has healed and can cope with the demands of four-day cricket ahead of what will be a crucial series.

By all accounts‚ the national team players should have been playing in the four-day games. With a new coaching management in place‚ however‚ the need of the players acquainting themselves with the new mentors before getting themselves into playing shape then becomes the prerequisite.

For Mashimbyi at the Titans‚ it’s a case of picking up where he’s left off‚ but without Boucher.

Such is the interim nature of South African cricket‚ Mashimbyi is one of three franchise coaches who is in an acting capacity.

Robin Peterson is holding down the fort in Port Elizabeth with the Warriors after Rivash Gobind left to join Afghanistan. Wandile Gwavu is heading up the Lions in Enoch Nkwe’s now permanent absence.

Ashwell Prince will be heading up the South Africa A side for this weekend’s game against England‚ meaning Faiek Davids will be standing in for him in Paarl.