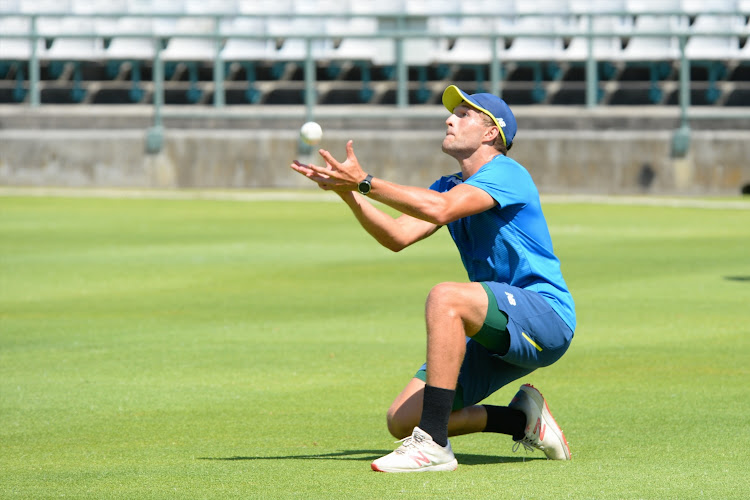 The selectorial net has been cast far and wide as the Proteas named six uncapped players in their Test squad for the first two Tests against England.

Rassie van der Dussen‚ Rudi Second‚ Beuran Hendricks‚ Dane Paterson‚ Pieter Malan and Dwaine Pretorius have all been drafted into the squad to prepare for the four-Test series that begins on Boxing Day at SuperSport Park in Centurion.

There are batting and bowling slots that have opened up because of poor form and injuries respectively.

The biggest but expected batting casualty is Theunis de Bruyn‚ who will be turning out for the South Africa A team in three-day First-Class game against England starting on Friday.

Aiden Markram‚ who injured his wrist in the terrible three-Test series against India‚ has been named in the squad. He is recovering well.

However‚ he has not played competitive cricket since the India tour and could have to play for the Titans against the Highveld Lions in a four-day game starting on Thursday to prove his fitness.

Malan has been churning out the runs consistently while Van der Dussen‚ who's been a heavy run scorer in all formats in the past five seasons‚ has pushed himself into contention.

Knights top-order batsman Keegan Petersen (923 runs at 61) and Warriors opener Edward Moore (921 runs at 51) bettered Malan‚ but neither feature in the South Africa A squad.

While fast-bowler Lungi Ngidi and young all-rounder Wiaan Mulder haven't been considered because of injury‚ Paterson‚ Hendricks‚ Pretorius and Andile Phehlukwayo all come into contention.

Paterson (34 wickets at 25 in seven games) and Hendricks (32 wickets at 23 in eight games) were the second and third best four-day bowlers last season behind Dane Piedt (54 wickets at 27 in 10 games).

Cricket South Africa's independent selector Linda Zondi said the players pushed themselves into contention because of their strong domestic performances.

“The high number of uncapped players coming into the squad is a reflection of our policy to acknowledge players who do well at franchise level and have put their hands up for selection.

"Van der Dussen‚ who is third on the current four-day batting averages‚ and Pretorius‚ who has established himself as the leading all-rounder‚ are clear examples of this‚” Zondi said.

“Following the same trend Paterson has been the second leading wicket-taker in four-day cricket this season‚ including a 7-wicket haul in an innings.

"Beuran Hendricks is also part of this strategy and adds variety to the attack as a left-arm swing bowler.

"Malan has been one of the most consistent runs scorers in franchise cricket for many seasons now and as a specialist opening batsman‚ he provides cover for Markram.

"Second provides cover in the wicket-keeping department and is a top order batsman in his own right.”

The South Africa A squad that will be playing England will feature three Test players in Temba Bavuma‚ Piedt and De Bruyn while first-class performers like Pite van Biljon‚ Kyle Verreynne and Lutho Sipamla have also been added to the squad that will be coached by Ashwell Prince.

Cricket South Africa's acting director of cricket Graeme Smith says his goal is to get the organisation's structures in fine fettle and leave the ...
Sport
2 years ago