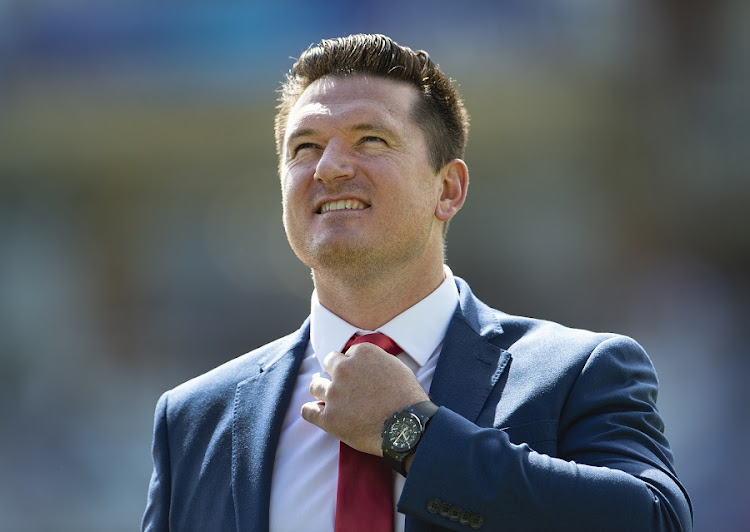 Graeme Smith has been successfully persuaded to take the director of cricket role.
Image: Visionhaus/Getty Images

Former Proteas captain Graeme Smith was finally confirmed as Cricket South Africa's director of cricket on Wednesday afternoon but will assume the role on a temporary basis.

The 38-year-old Smith‚ who represented the national team as a player and captain between 2002 and 2014‚ will reportedly take over the job on a three-month contract.

CSA president Chris Nenzani said on Saturday they only needed to tie up a few loose ends in regards with Smith's appointment and the organisation confirmed on Wednesday that the former captain had accepted the position. CSA's acting chief executive officer Dr Jacques Faul said they were happy to finally welcome Smith on board.

“I am delighted that Graeme has agreed to assist Cricket South Africa up until the Indian Premier League next year.

"Obviously‚ Graeme has had his concerns during the course of the last few months‚ but I am pleased to say that we have overcome those concerns and I look forward to working with him to urgently address pressing cricketing matters in particular‚” Faul said.

“Graeme is statistically the most successful Test captain in the history of the game.

"He is a natural leader and his knowledge of the game is second to none.

"To have him on board to work with the professional cricket arm of CSA‚ as well as the cricketing pipeline‚ which is so vital for our game‚ is a massive shot in the arm for CSA during this period.”

Smith said he was looking forward to getting his hands dirty with the national team.

“I’ve publicly stated a number of times that I would love to assist CSA in this difficult time‚ particularly in developing this new role of Director of Cricket‚" he said.

"I’m still as passionate about South African cricket as I ever was and I’m looking forward to getting stuck into the role.

"There is a lot of work to be done in the next few weeks and months and my objective will always be to make a positive impact during my tenure.”

Smith's short-term deal ends speculation in regards with the all-powerful role which came about at the end of South Africa's worst Cricket World Cup campaign since 1992.

According to IOL‚ it is believed that Smith was unable to take up a longer contract as he has already committed to commentary duties for next year's IPL‚ which generally takes place between mid-April and early June.

This means that Smith will be available for South Africa's entire summer season that starts on Boxing Day when they host England for the first of four Tests‚ three ODI's and three T20I's until mid-February.

England's tour will be followed by limited overs engagements at home against Australia (three ODI's and three T20i's) and India away (three ODI) throughout March.

After the home summer‚ South Africa will have a break before jetting off to the West Indies for two Tests and five T20I'in July.

Cricket SA have begun the attempt to win back the public's trust and consultant Dave Richardson says bringing Graeme Smith on board as Director of ...
Sport
2 years ago

SA captain Bryce Parsons has insisted that they will not be under pressure at the Under-19 Cricket World Cup when the event is held in South Africa ...
Sport
2 years ago
Next Article