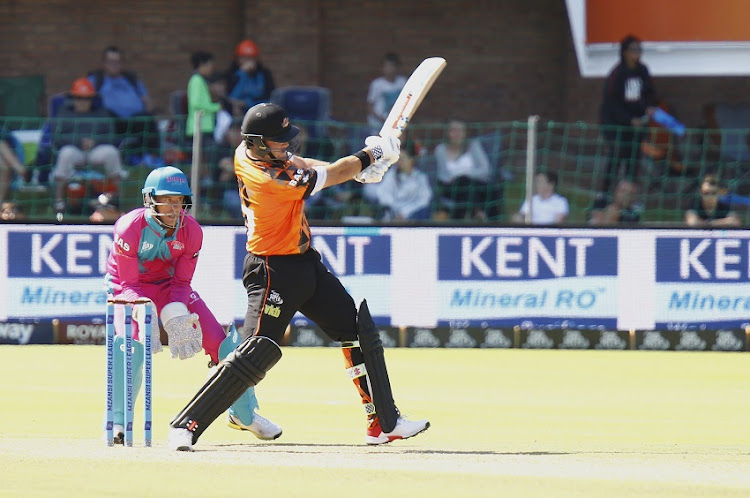 On Saturday, English World Cup winner Roy backed his skipper by scoring 50 off 38 balls but it was Chris Morris who provided the late fireworks as the Giants managed 16 runs in the last over bowled by Malusi Siboto to edge the Heat by five wickets with only one ball to spare.

Morris finished on 22 not out from a mere 10 deliveries with three fours and six as the Giants chased down the required 161 for victory in dramatic fashion to consolidate their number one position.

Opener Roy would have wanted to kick on from his half century but a run out attempting a second run in the 11th over put an end to that.

Roy came into the match having scored only 32 runs in three innings at 10.66 per knock.

He answered some questions that may have been doing the rounds by playing a trademark innings that included some clever laps, dinks and downright brutality.

Matthew Breetzke added 25 and skipper Smuts made 33 but it the end it was the partnership of 33 in 17 balls that carried the Giants home.

Earlier, the heat found themselves backed into a corner after Dane Vilas has opted to bat first.

The Giants attack was back to its best reducing the Heat to 13 for two in the third over thanks to a double strike by leftarm quick Nandre Burger.

He forced both Alex Hales (5) and Wihan Lubbe (0) into false strokes to have the pair caught inside the ring by Jon-Jon Smuts and Jason Roy respectively.

They sank further into the mire when Dane Vilas got himself out to Smuts caught in the deep by Heino Kuhn for five.

From 27 for three it became 50 for four and Wesley Marshall’s well-struck innings of 29 was ended by the old pro Imran Tahir.

Some repair work was needed and Ravi Bopara (57 not out) and David Miller (45) stepped into the breach and combined well to pull it back for the visitors.

They used all their combined 630 matches in this format to patiently put together a fifth-wicket competition record 100-run partnership which lifted their side 160 for five.

It was deft at first and then turned brutal as they closed of the innings with a flurry.