How will SA hatch a plan to halt slide against England? 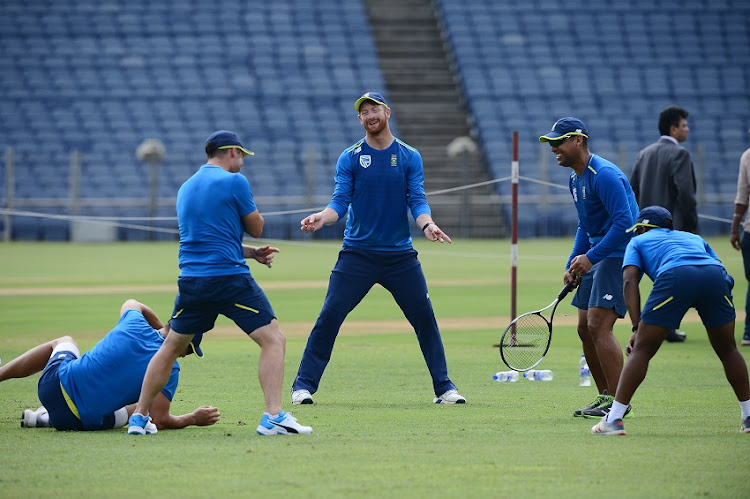 It’s no surprise that none of the players who were in South Africa’s men’s Test squad in India last month are among the leading runscorers in the franchise first-class competition.

The internationals were in the subcontinent for the first three rounds of the four-day stuff‚ and most of them did not play in the fourth round.

So the top Test batter in domestic terms this season is Heinrich Klaasen‚ who is 44th on the list of runscorers.

The leading bowler‚ on the same score‚ is George Linde‚ who is sixth among the wicket-takers.

Not that the national selectors take their cues from first-class cricket. South Africa’s internationals don’t play nearly enough at that level to make it a factor in picking a Test squad.

But the India series was a catastrophe of historic proportions — not since 1935 have South Africa lost consecutive Tests by an innings — and only one more round of four-day cricket is scheduled before the series against England starts on December 26.

So the selectors have little to go on for a plan to halt the slide.

Ah. About that: there are no selectors.

The panel was disbanded in the wake of South Africa’s World Cup meltdown.

That means the relevant suit at Cricket South Africa (CSA) will have their work cut out choosing a squad that could turn things around.

Right. Except that‚ until late last month‚ the relevant suit was interim director of cricket Corrie van Zyl — who has been suspended.

Might Enoch Nkwe do the needful‚ considering he was South Africa’s interim team director in India‚ with Faf du Plessis?

Problem: Nkwe was appointed for that tour only‚ and as yet there has been no clarity on whether he will be replaced or continue in the role.

That might mean the job of assembling the squad to play one of the most important series in South Africa’s history will fall to CSA chief executive Thabang Moroe.

CSA did not immediately respond when asked for confirmation if that would be the case.

What we do know is that until December 19 — when the Cobras and Knights clash in Paarl‚ the Dolphins play the Warriors at Kingsmead‚ and the Lions and the Titans have a go at the Wanderers — cricketminded South Africans will have to glean what they can about the state of the game on the field from the Mzansi Super League (MSL).

That’s a hopelessly imperfect exercise given the differences in format and standard‚ but it can’t hurt that Temba Bavuma‚ Quinton de Kock and Dean Elgar are among the top 10 runscorers.

Neither that Anrich Nortjé and Kagiso Rabada are two of the leading 10 wicket-takers‚ with George Linde 12th in the batting charts and joint fifth among the bowlers.

But it is less than edifying that Du Plessis‚ Keshav Maharaj‚ Lungi Ngidi‚ and Vernon Philander are all outside the top 20 in their respective disciplines.

Then again‚ Du Plessis has had only two innings while Maharaj and Philander have bowled just four overs and Ngidi a mere three.

“If you look at the MSL‚ a lot of guys are coming through and they’re playing really well‚” Dale Steyn of the Cape Town Blitz told reporters at Kingsmead on Sunday after the match against the Durban Heat.

“Today’s a prime example of a young man I’ve never heard of stepping up and nearly scoring a hundred.”

Steyn was talking about Wihan Lubbe‚ who hit 15 of his 42-ball 83 off the six deliveries he faced from the Test stalwart — who had the satisfaction of dismissing him.

But Lubbe is probably not among the answers to the questions South Africa face heading into the England series.

There are often more questions than answers when a squad needs to be chosen.

Thing is‚ this time‚ who is going to ask them‚ nevermind answer them?