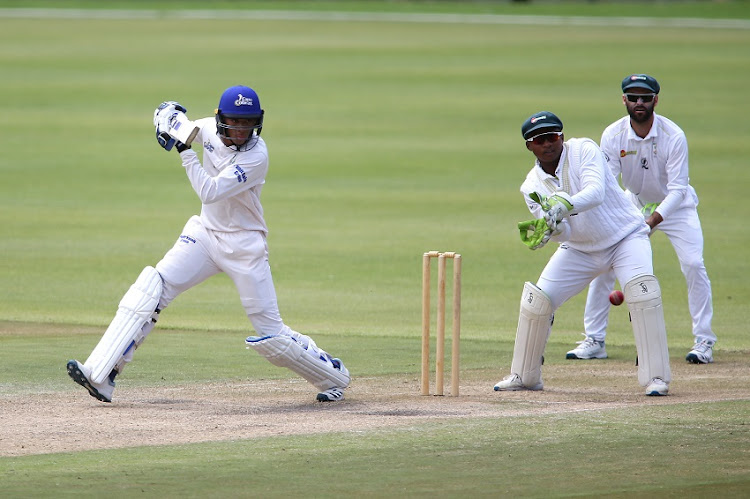 Cricket South Africa (CSA) seem set to miss their self-imposed deadline for getting to the bottom of a transformation target transgression last month.

The Cobras’ XI for their first-class fixture against the Warriors at Newlands included seven black players — one more than the stipulated number.

But the bad news was only two of them‚ fast bowlers Thando Ntini and Tladi Bokako‚ were black African — one less than the target.

“CSA has noted the submission by Western Cape Cricket [WCC] in lieu of a request for a deviation from the administrative conditions‚” a CSA spokesperson said at the time.

But‚ according to Cobras coach Ashwell Prince‚ there was nothing “in lieu” about how he had approached the issue.

CSA also said they would “launch a further enquiry into this incident and will consider all the related and relevant information in order to arrive at a decision about the strength and the validity of the argument by WCC”‚ and that‚ “It is anticipated that the investigation may take up to 14 days.”

Asked on Monday night whether CSA had reached a decision‚ a spokesperson said only‚ “We will announce the outcome once we have concluded the matter.”

Pressed for a better answer‚ he became defensive.

The Cobras squad contains four other black Africans — batters Aviwe Mgijima and Simon Khomari‚ and fast bowlers Akhona Mnyaka and Mthiwekhaya Nabe — while another‚ spinner Tsepo Ndwandwa‚ has played for them this season.

None were injured when the game against the Cobras started at Newlands on October 28.

Mgijima has scored just 39 runs in five first-class innings this season while Khomari made two and four in his only match of the campaign.

Mnyaka took 1/30 in the nine overs he bowled on his debut in January‚ his only first-class match to date.

Nabe also last played for the Cobras in January‚ and has taken 47 wickets in 31 first-class games at an average of 43.27.

Ndwandwa has claimed three wickets in the two first-class games he has played for the Cobras this season.

In cricket terms‚ none of those players are banging down the door for a place in the Cobras team.

Who might have been left out to make room for another black African is another consideration.

Five members of the top six who played average more than 30 this summer‚ with Kyle Verreynne topping the list at 70.66 and Matthew Kleinveldt weighing in at 56.00.

The only merely black — not black African — fast bowler in the side‚ Dane Paterson‚ has taken 18 wickets at 21.55 in four games.

The other three members of the team‚ Zubayr Hamza‚ George Linde and Dane Piedt‚ the captain‚ were all freshly back from South Africa’s poor Test series in India.

It was thus in the national interest that they played.

And in the Cobras’ interest: before that match they had lost to the Lions and drawn with the Titans and Dolphins.

The game against the Warriors was also drawn‚ leaving the Cobras second from bottom in the standings.

There was‚ therefore‚ no good cricket case to be made for forcing an out-of-form player into a side that needed a win at the expense of someone better equipped for their role.

But‚ as the Springboks proved emphatically at the men’s World Cup in Japan‚ quotas can lead to triumph because they open eyes that were previously closed.

There’s a good argument to be made that the Boks would not have done as well as they did had teams not been forced to pick black players.

Decades of selection bias — consciously or not — robbed black players of their opportunities.

With their presence guaranteed‚ they could not be unfairly sidelined.

And‚ what do you know‚ they turned out to be among the best players South Africa had.

That Siya Kolisi‚ Mazakole Mapimpi and Cheslin Kolbe merit their places is beyond question.

As is the likelihood that‚ without quotas‚ they would never have been given the chance to prove it.

It’s a happy ending cricket is still chasing‚ and the dwindling confidence in CSA’s current leadership won’t bring it any closer.

Perhaps that vital task should be left to people who know what they’ve doing‚ like Warriors coach Robin Peterson.

“I can’t comment on what goes on right at the top but I can certainly say there’s great talent in South Africa‚” Peterson told TimesLIVE during the now controversial Newlands match.

He is about 18 months from completing a Masters in sport directorship at Manchester Metropolitan University.

Peterson hasn’t yet decided what his dissertation topic will be‚ but he has an idea.

“I’m living in a situation I can write about‚ so why not.”

Given South Africa’s past and present‚ Peterson won’t want for research material.

“You have to give them opportunities if they’re good enough to play.”

It seems a simple statement‚ but South Africans will know just how complex it is.