Not many reasons to be cheerful about MSL 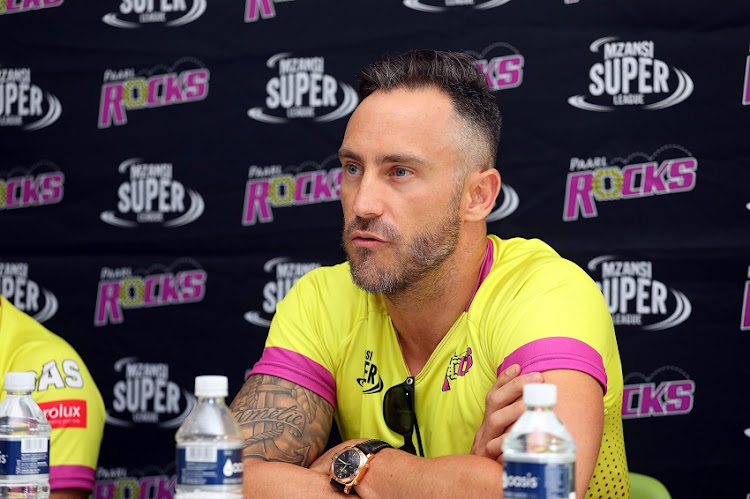 It’s poorly timed‚ ill conceived‚ and a shocking waste of money‚ but‚ like it or not‚ it’s here: the second edition of the Mzansi Super League (MSL) will be on a screen near you on Friday.

If you’re within reach of the Wanderers you might be of a mind to see‚ in the flesh‚ the Cape Town Blitz’ Dale Steyn let fly at the Jozi Stars’ Chris Gayle in the opening match.

Should Kingsmead be on your radar on Saturday‚ you could watch AB de Villiers of the Tshwane Spartans taking on the Durban Heat’s Kyle Abbott.

Sunday offers a double-header that could feature the Paarl Rocks’ Faf du Plessis testing his mettle against former teammate Steyn‚ and Gayle being made to look silly by the Nelson Mandela Giants’ Imran Tahir.

And that’s as far as we can responsibly go in trying to put lipstick on this pig.

Until the final on December 16‚ the fact that what the game in South Africa needs now is as much first-class cricket as can be crammed into the schedule before the Test series against England starts on December 26 will be ignored.

As will the truth that cricket can do without still another interminable few weeks of T20 confection featuring the same stale cast of characters.

Along with the worry that Cricket South Africa would‚ probably‚ find a way to make a loss selling water in the desert — much less turn a profit from a tournament that has nothing going for it in terms of major sponsors and profitable broadcast deals.

But at least South Africa’s leading players‚ still smarting from their 3-0 thrashing in the men’s Test series in India last month‚ will be able to have a hit and giggle.

“People probably don’t understand the burden you carry [as an international player]‚ and when it doesn’t go according the way you would like it weighs heavily on you‚” Du Plessis‚ who as captain presided over that lowlight in South Africa’s cricket history‚ told reporters in Paarl on Wednesday.

“I feel like all the national players can go back and chill‚ hit a few sixes‚ and realise again why you love playing the sport you play.”

As captain of the Rocks‚ Du Plessis no doubt has to keep telling himself that kind of thing to get through the next few weeks with his wits intact enough to lead South Africa against the English.

But‚ for those free to regard the competition more critically‚ the tournament will remind South African cricket just how much talent has drained out of the game in recent years.

MSL players Abbott‚ Simon Harmer‚ Duanne Olivier‚ Heino Kuhn and Hardus Viljoen were all capped by South Africa but are now unavailable for the national team‚ and there are more where they came from.

It is thus valuable that Mark Boucher‚ the Tshwane Spartans coach‚ has made himself heard above the MSL’s bells and whistles by strongly making the point that the tournament won’t fix what’s wrong with cricket in South Africa.

Boucher’s career in straight talk started 19 years ago when he told the King Commission what he thought of Hansie Cronjé’s corruption.

Much has since changed‚ but not this: a pig‚ with or without lipstick‚ is still a pig.