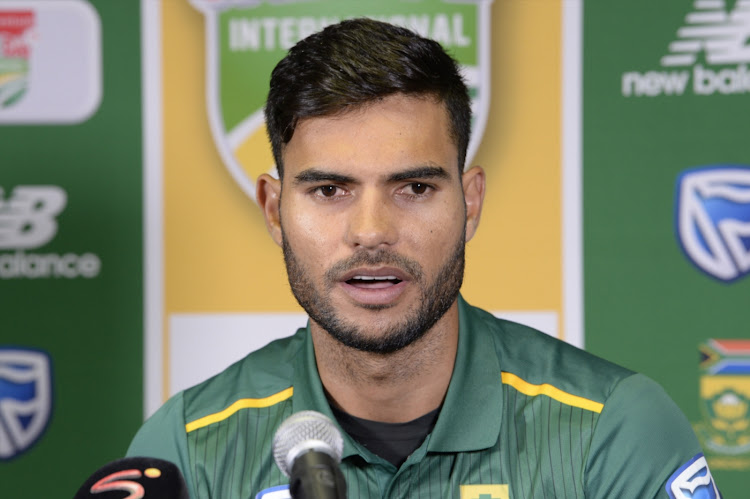 Reeza Hendricks says the Proteas will have to deal with turning conditions in the Test series in India.
Image: Lee Warren/Gallo Images

Highveld Lions and Proteas T20 opener Reeza Hendricks may have to content himself with domestic red-ball action this month but knows what his Test team-mates will expect from a pitch perspective in the Test series.

There will be none of the run loaded T20 flatbeds teams often play on in 20-over games‚ but the rough‚ tough‚ spinning stuff India is known for.

With India also missing their key fast bowler Jasprit Bumrah‚ there could be a change in how the pitches could be prepared in Visakhapatnam‚ Ranchi and Pune.

Hendricks didn't quite hit his normal high notes in the drawn T20 series‚ but knows his Test team-mates won't get the kind of easy paced batting surface they encountered last week Sunday in Bengaluru.

“When it comes to the tests‚ they'll definitely have to deal with turning conditions.

"That's how it goes when you're in India and the last time they were there‚ that's exactly what happened.

"I hope this time round it won't be too bad but when you go to India‚ there's always a lot of talk around the wickets taking a lot of turning and facing up to their quality spinners‚” Hendricks said.

Markram pummels century for Proteas as they continue Test preparations

While next week's Test series between India and South Africa will prove to be a different kettle of batting fish‚ Aiden Markram is warming up for the ...
Sport
2 years ago

“That's going to be a big challenge in the test series for the red-ball guys.”

Bumrah may not have played a Test in India yet‚ but Hendricks knows how good he is and how much India will miss him.

Such has been the development and the upskilling of India's pacemen in recent years that the likes of Ishant Sharma and Mohammad Shami have stepped up beautifully to realise their potential. In Ravi Ashwin‚ Ravindra Jadeja and Kuldeep Yadav‚ they have varied world class spinners who can ask plenty of questions.

Hendricks hoped the time his compatriots have spent in India will be beneficial for them.

“He's been the head of their attack in the last year and a bit. It's a big loss for them‚ but in saying that‚ they've got a lot of good bowlers who can back up the team and fill his role despite his absence‚” Hendricks said.

“A good thing they did this year was to get a few guys into spin camps quite recently. Also‚ some of the Test players featured for the A team so there was a lot of time spent in the conditions.

"That can only be a good thing and that's one of the ways that you can counter the threats India have. Hopefully they can pay off in the Test series.”