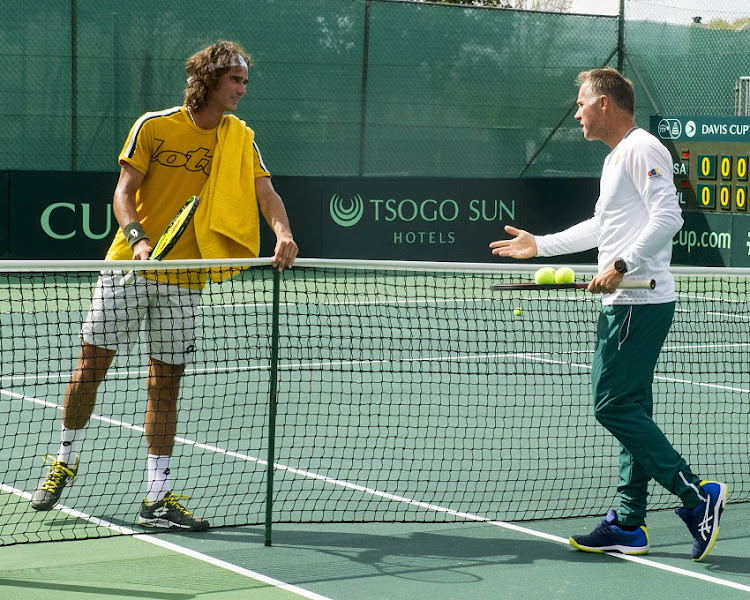 Lloyd Harris will spearhead South Africa’s Davis Cup attack as they aim to take a step back towards the elite of the competition when they square off against Bulgaria on Friday and Saturday.

At 113 in the world‚ Harris is the highest ranked player from both teams in the tie and shoulders most of the pressure as a consequence. His ranking has been as high as 85 this year.

The Euro/Africa Group II match‚ to be played at Kelvin Grove in Newlands‚ is the first time in 20 years that Davis Cup will be played in Cape Town and the sell out crowd for both days should make for a good atmosphere.

For the winner the prize is a shot at a play-off to get into Group I and from there into the revamped Davis Cup World Group.

Harris will open the tie when he takes on Alexandar Lazarov‚ ranked 502 in the opening match on Friday.

SA No 2 Ruan Roelofse (ranked 681) against Bulgarian No 1 Dimitar Kuzmanov‚ who is No 324 in the world‚ follows in match two.

The doubles‚ featuring Raven Klaasen and Roelofse against Gabriel Donev and Alexander Donski takes place on Saturday with the reverse singles to follow.

“It’s so special to play Davis Cup in my home town. It’s something I’ve been wanting for a long time. I’m happy it’s finally happened and it will be great to have all the local support and some friends in the crowd.

“It’s the best setting and I love the conditions‚ they suit me well‚ so I can’t ask for more.”

On paper Harris and doubles specialist Klaasen should be the difference between to the two sides‚ and there is a high level of expectation from Team SA.

“It’s tough not to have big expectations for this tie if we’re honest‚” Klaasen said.

“We are the home team and we want to do well in front of our home fans‚ especially in this case as most of our team is from Cape Town.

“So we’re putting pressure on ourselves to perform. We know what we need to do to play well and we have prepared well‚ so we have confidence.”

Klaasen‚ 36‚ was a teenager the last time the Davis Cup was played in Cape Town in 1999 but he remembers it well.

“It was against Belarus played at Rondebosch’s court 1 and it featured Wayne Ferreira and Max Mirnyi‚” Klaasen said.

“I spent all my junior years playing at Rondebosch.

“Max was at the start of his career and went on to have a good career (he reached a high of No 18). It was an epic tie and it really planted a seed for what I wanted to do.

“To be able to see that level of tennis up close was a decisive moment for me in deciding that I wanted to make tennis my career.”