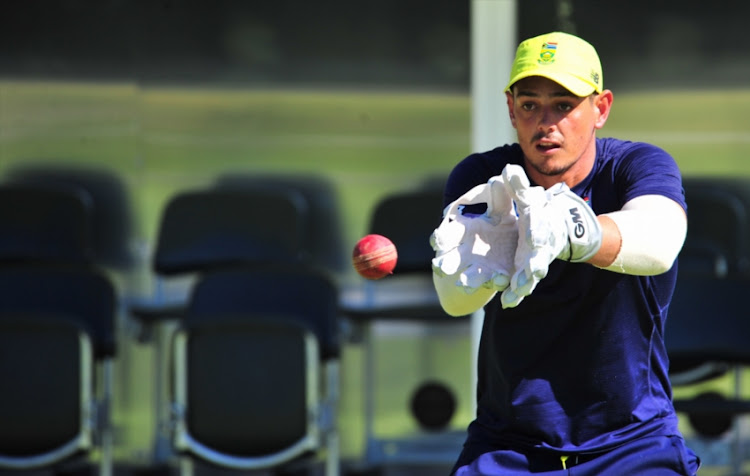 Quinton de Kock is easily cast as cricket’s unlikeliest captain‚ an opinion he will have the chance to change in South Africa’s men’s T20 series in India in September.

But Cricket South Africa (CSA) have put him in charge of next month’s T20 rubber‚ which won’t feature Faf du Plessis — previously the all-format captain — with Rassie van der Dussen as his deputy.

Du Plessis said in July‚ after a disappointing World Cup‚ that he would consider his future in the white-ball formats.

“The T20 series gives us the last chance to have a look at our leadership and batting options as the next edition of the men’s T20 World Cup [in Australia in October and November next year] is now little more than a year away‚ which is why we have gone with an inexperienced leadership group‚” a release on Tuesday quoted CSA’s acting director of cricket‚ Corrie van Zyl‚ as saying.

“This is our last chance to do this before we settle on an established squad.

“I would like to stress that Faf du Plessis remains an important part of our plans for white-ball cricket.”

The release also revealed the squad for the three Tests that will follow the T20s.

Neither group included Chris Morris‚ who the release said “did not make himself available for selection”.

That sparked thoughts that the fast bowler‚ one of his team’s better performers at the World Cup‚ had retired or signed a Kolpak deal.

Asked on Tuesday for a reason‚ Morris said he was “just unavailable”.

Had he taken either of the above options?

Dale Steyn‚ who hung up his Test whites last Monday but is still on board for the short‚ sharp stuff‚ was also excluded.

“They obviously lost my number in the reshuffling of coaching staff‚” Steyn wrote on his Twitter account.

That would seem to be instructive about CSA’s thinking on the leadership in years to come.

Bavuma‚ spinning alrounder Bjorn Fortuin and Nortjé are also in their first T20 squad. Aiden Markram‚ Theunis de Bruyn and Lungi Ngidi weren’t part of the discussion for the T20s as they will be busy with South Africa A’s concurrent four-day series in India.

Keshav Maharaj is the first-choice Test spinner‚ but he will have Muthsamy and off-spinner Dane Piedt — who played the most recent of his seven Tests in August 2016 — for company in the squad.

“We feel we have covered all the options for the conditions we are likely to encounter on the sub-continent with Muthusamy and Dane Piedt‚ who was far and away the leading wicket-taker in our [franchise] four-day competition [claiming 54 at 27.74‚ 20 more than second-placed Dane Paterson]‚ providing the back-up to Keshav Maharaj‚” the release quoted CSA’s acting director of cricket‚ Corrie van Zyl‚ as saying.

Zubayr Hamza‚ who made 41 and nought against Pakistan on a challenging Wanderers pitch in January in his only Test‚ will try to fill the vast vacancy left by Hashim Amla‚ who retired on Thursday.

The selected squads reflect the ravages South Africa have endured due to retirements and Kolpak defections.

Five of the 15 picked for the Tests against Sri Lanka in February were not part of Tuesday’s squad‚ and only six of the 14 who did duty in the last two of the three T20s against the Lankans in March will go to India.

Of the 17 who were part of South Africa’s last Test series in India‚ in November 2015‚ when the home side won 3-0‚ only six will make the return journey.