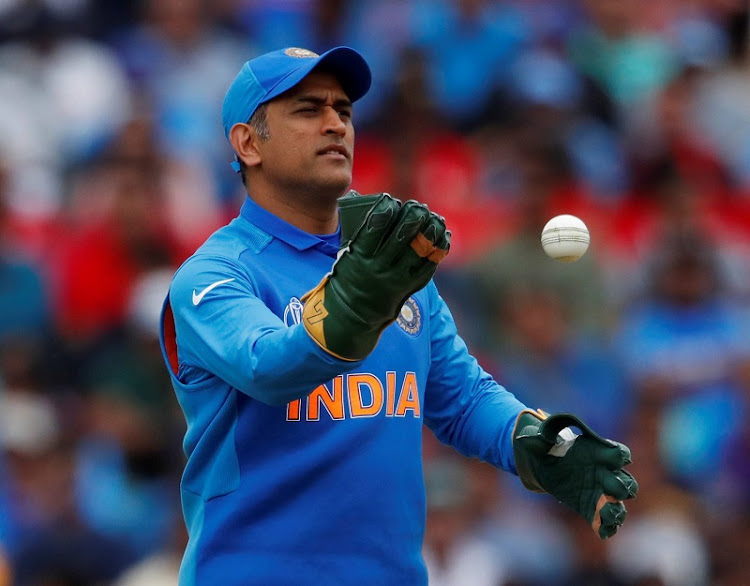 Mahendra Singh Dhoni has opted out of India's tour of West Indies as the selectors embark on their search for his successor once the long-serving wicketkeeper-batsman hangs up his boots for good.

Dhoni is an honorary lieutenant colonel in India's territorial army and has pulled out of the tour to serve his regiment, according to a Press Trust of India report carried by local media.

"Dhoni has made himself unavailable for the tour of West Indies as he will be spending two months with his paramilitary regiment," the report quoted an unidentified Indian cricket board (BCCI) source as saying.

Finding a replacement for Dhoni will top the agenda when India's selectors meet in Mumbai on Sunday to pick the squad for the tour of West Indies.

When AB de Villiers ended his international career on May 23 last year‚ the cricket world stopped.
Sport
2 years ago

Dhoni, who turned 38 this month during the Cricket World Cup, enjoys cult status in the cricket-mad country after he captained the side to the World Twenty20 title in 2007 and their second 50-over World Cup title in 2011 at home.

The veteran of 350 one-dayers, however, has been the subject of intense speculation on his retirement from international cricket over the past few days since India's semi-final exit from the World Cup.

Dhoni, who quit playing tests at the end of 2014, has not provided even a hint of what his plans are but he enjoys unwavering support from India captain Virat Kohli who has publicly backed him on numerous occasions.

"He is not retiring from cricket right now. He is taking a two month sabbatical to serve his paramilitary regiment which he had committed much earlier," the BCCI official said.

Widely considered as the best 'finisher' in contemporary cricket, Dhoni has recently struggled to start his innings while his ability to put bowlers to the sword at the end has also been on the wane.

Would SA have had a better World Cup with De Villiers?

How different might South Africa’s men’s World Cup campaign have panned out had AB de Villiers been involved? Nobody knows. Not even De Villiers.
Sport
2 years ago

Dhoni's glovework, however, still remains top class and questions have been raised by former cricketers, pundits and local media if it was the right time for him to step away and help India groom his successor.

The next 50-over World Cup is still four years away but the World Twenty20 will be held in 2020, leaving chief selector MSK Prasad and his colleagues to plan for the tournament in Australia.

India will play three T20s, three ODIs and two tests in the Caribbean and the tour will provide the opportunity for the selectors to also test the fringe players while resting some who play all three formats for the team.

The team have also failed to nail down the number four batting position in the limited overs sides, something that hurt them during the World Cup, and a new set of batsmen are expected to audition for the spot.

All-rounder Vijay Shankar, who was initially given the nod, left the World Cup through injury while KL Rahul had to move up to open the innings when Shikhar Dhawan was ruled out with a fractured thumb.

India's test wicketkeeper Rishabh Pant, the favourite to fill in Dhoni's shoes in the limited overs formats, slotted into the role during the latter stages of the World Cup, while Manish Pandey, Shreyas Iyer and Shubman Gill are also in the mix.