England make history‚ and earn chance to do so again 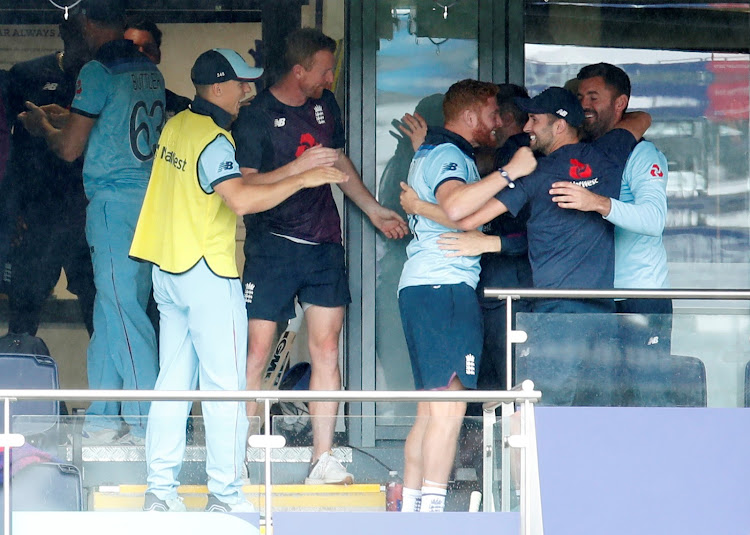 England made men’s Cricket World Cup history at Edgbaston on Thursday‚ and earned the chance to do so again at Lord’s on Sunday.

Chris Woakes and Adil Rashid shared six wickets before Jason Roy hammered 85‚ 66 of them in fours and sixes‚ to earn the English victory over the Aussies by eight wickets with 17.5 overs to spare in their semi-final — and with it a crack at New Zealand in Sunday’s final at Lord’s.

Australia lost a semi for the first time‚ and new champions will be crowned this year: England have been to three finals and the New Zealanders to one‚ but neither have won the trophy.

England were last in the final in 1992‚ when they were beaten by Pakistan‚ and New Zealand lost out to Australia four years ago.

Eoin Morgan’s side reduced Australia to 14/3 inside seven overs before Steve Smith and Alex Carey put the innings back on track with a stand of 103.

Carey was four not out when he was struck on the grille of his helmet by Jofra Archer‚ a blow that lacerated the Australian’s chin.

After receiving treatment he batted on until the 28th over‚ when he was caught at deep midwicket off Rashid for 46.

Smith marshalled stands of 39 with Glenn Maxwell and 51 with Mitchell Starc before he was run out for 85 in the 48th trying to take a bye.

Woakes took 3/20 off eight overs with Rashid claiming 3/54 from his full quota.

England’s triumph was all but sealed in an opening stand of 174 by Roy and Jonny Bairstow — who have the highest average of all first-wicket pairs in one-day international history.

Bairstow‚ who needed treatment after collapsing with an apparent leg injury in the 12th over‚ recovered to score 34 before being trapped in from by Starc in the 18th.

That was Starc’s 27th wicket of the tournament‚ which broke the World Cup record set by another Australian‚ Glenn McGrath‚ in 2007.

A dozen balls later Roy was given out caught behind by Kumar Dharmasena after sparring at a legside delivery from Pat Cummins.

Replays showed the ball had hit neither bat nor glove‚ but Roy couldn’t be granted a reprieve because Bairstow had used England’s review after he was given out.

Roy stood his ground and remonstrated with Dharmasena and his colleague‚ Marais Erasmus‚ who had to convince the English to leave the crease.

“Fucking embarrassing‚” Roy‚ who faced 65 balls and hit nine fours and five sixes‚ could clearly be heard saying on television as he left the scene.

His dismissal did nothing to derail his team’s impending success‚ and Joe Root and Eoin Morgan took England home with an unbroken stand of 79.

The Australians have been to seven World Cup finals and won five of them.

The closest they came to going down at the penultimate hurdle before Thursday’s game was their 1999 semi against South Africa‚ which was tied.

That match was also played at Edgbaston‚ where Australia last won in July 2001 — 15 matches ago in all formats.