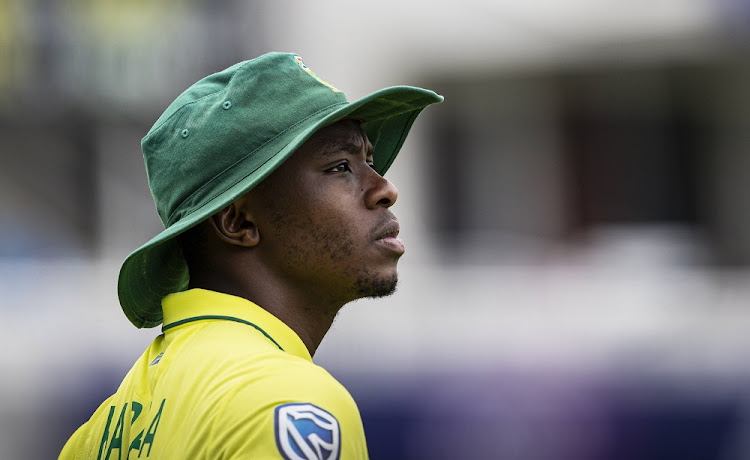 Perhaps because he has spent much of his 24 years as the golden child of South African cricket, Kagiso Rabada doesn't seem to get it.

SA's World Cup campaign foundered on the rocks of their 49-run loss to Pakistan at Lord's on Sunday.

That was their fifth defeat in seven matches, and it confirmed - with two games to go - that they will not qualify for the knockout rounds for only the second time in their eight trips to the tournament.

The 2019 World Cup has been, in short, a disaster for Faf du Plessis's team.

A significant reason why is the ineffective bowling of spearhead Rabada, who has claimed a scant six wickets at the obese average of 50.83.

His performance hasn't been anywhere near as impressive as in the Indian Premier League (IPL), where he took 25 at 14.72.

No one has bowled more overs in international cricket this year than Rabada's 256.

So, did Rabada consider, in a World Cup year, not subjecting himself to the IPL's seven weeks of playing, travelling and training?

Earth to 'KG': you're in denial

Perhaps because he has spent much of his 24 years as the golden child of South African cricket‚ Kagiso Rabada doesn’t seem to get it.
Sport
2 years ago

"The plan was to leave [the IPL] early but that didn't work out. Don't ask me about any of that. I came back earlier, as you guys might know," he said.

That didn't answer the question. Instead, it only hatched others.

The IPL ended 18 days before the World Cup started, but Rabada's return home with what was listed as a back injury was announced 28 days before SA and England let fly at the Oval.

Had his injury thus been invented to get SA out of a jam?

This tournament is gone, over, a failure, proof that South Africa have to rebuild their team from top to bottom if they want to again be competitive at this level.

But, even in denial, Rabada is Rabada: gold doesn't tarnish.