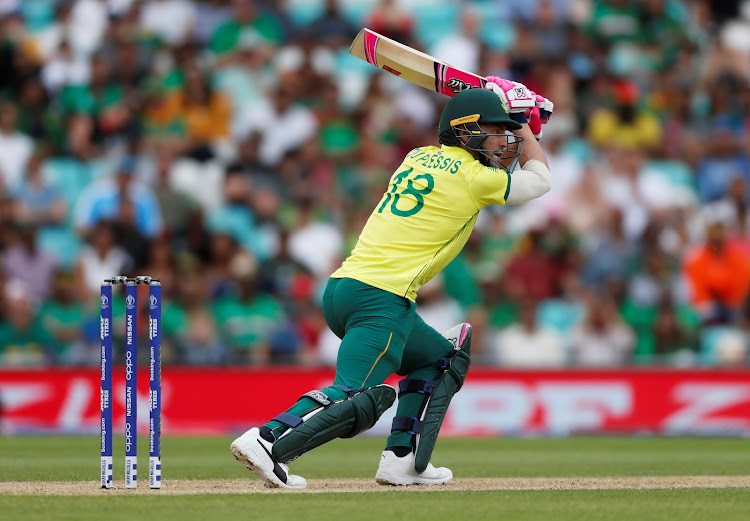 Of all the words spoken in the wake of South Africa spiralling to defeat in their Cricket World Cup match against Bangladesh at the Oval on Sunday two were short, sharp and shocking.

Asked if the 21-run win represented one of Bangladesh’s best performances‚ their captain‚ Mashrafe Mortaza‚ said: “Not really.”

He fleshed out his answer with examples of better days for his team‚ and added‚ “I don’t think this is the best one.”

South Africa have acknowledged that they do not have the strongest team at the tournament‚ and that this year’s vintage is not as accomplished as others who have worn their colours.

That’s been borne out by Sunday’s result‚ as well as their loss by 104 runs to England at the same ground on Thursday.

But to be so casually dismissed by the captain of a side that remains among the lesser lights of the world game was a cold slap.

Perhaps Mortaza would have been more impressed with his team’s total of 330/6 — their highest ever in one-day internationals — if it been achieved against‚ say‚ England or India. Or Australia or New Zealand. You know: proper teams.

And maybe he expected his bowlers to get the job done more efficiently‚ without allow these mediocrities to stretch their reply to 309/8.

Too many of Du Plessis’ players are hurting — Hashim Amla has a head injury‚ Dale Steyn a bum shoulder‚ Lungi Ngidi a hamstring problem‚ sustained on Sunday‚ and Anrich Nortjé and his busted thumb didn’t even make it onto the plane — and he described himself as “gutted”.

But he wasn’t going to explain it all away by listing medical records.

“To blame bad luck is not an option for me. I still think you have to find a way to make sure that you put in performances‚ and we are just off in most areas.

“We are doing some good things during games‚ but we are not putting it together over 80% of the time.

“With the bat‚ once again we looked good. We did some good things. But‚ myself included‚ you need to go through and score 100s.

Did Du Plessis still believe his team‚ who have seven league games left‚ the first of them against India in Southampton on Wednesday‚ could win the World Cup?

“I have to believe that. I wouldn’t be a South African if I said no.

“I’ll go back and try and see how we can lift the spirits. We’re playing a strong team in India. We know we’re not good enough at the moment and we have to turn it around.”

Might the change of philosophy‚ from a side powered by stars like the now retired AB de Villiers‚ to a combination of mostly more modest talents have left South Africa wondering who and what they are?

“I don’t think it's got anything to do with that‚” Du Plessis said.

“At the moment‚ it’s a skill thing — our skill is not where it needs to be.

“Every single player in our dressingroom is not playing to their full potential‚ and that's why we’re not putting in performances.

“As soon as that starts happening‚ then those things will change.”

For many South Africans it can’t happen soon enough.