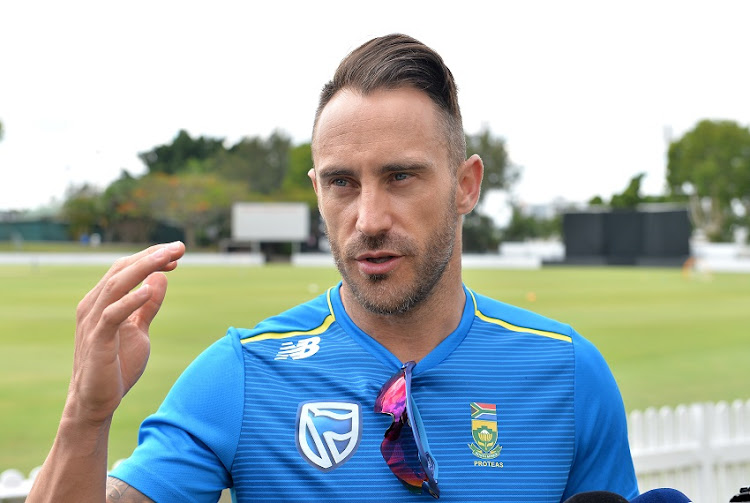 Faf du Plessis can’t wait to get back onto the horse. The one he rode on Thursday threw him hard and far‚ and he is hoping for a better ride on Sunday.

“England were better than us in all three facets of the game‚” Du Plessis said after the home side beat South Africa by 104 runs in the opening match of the World Cup at the Oval.

“They showed why they are such a good cricket team‚ but it’s a league competition.

Du Plessis and his team will get the chance to do that on Sunday‚ when they return to the Oval for what should be the more manageable challenge of playing Bangladesh.

South Africa started well with an impressive bowling performance that limited England’s powerful batting line-up to a total of 311/8.

But their batting let them down badly. They were dismissed for 207 in 39.5 overs‚ and disrupted when lynchpin opener Hashim Amla left the field for concussion tests in the fourth over after edging a delivery from Jofra Archer into the grille of his helmet.

Amla returned in the 32nd over‚ but by then South Africa had dwindled to 167/6.

“It started with Hashim coming off the field‚” Du Plessis said. “When you are chasing a big score like 312 what you need is a good start.

“You need to make sure that you settle the batsmen in the dressingroom with a good partnership‚ whether it’s zero [wickets] down or one down‚ but a good start is really important.

“And then a few of us got out‚ and when you go three down chasing a big score like that you’re making it really tough for your batting unit to perform.

“We believed we could have kept them to under 300‚” Van der Dussen said. “When they got to 311‚ I thought they were below par.

“But we realised it was not an easy wicket to bat on‚ having bowled all those slower balls at the end [of England’s innings].

“They kept us on the back foot. They kept throwing punches.”

Despite the result‚ England captain Eoin Morgan said he expected South Africa to stay in the running at the tournament.

“I do see them challenging‚” Morgan said. “They started well with the ball and the bat.”

The South Africans won’t need telling that it’s not how you start that matters; it’s how you finish.